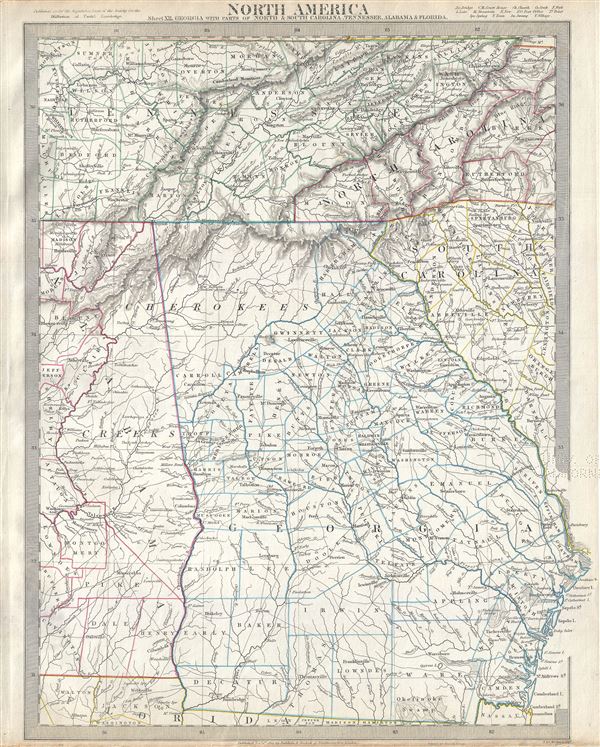 This map is particularly interesting and important due to its portrayal of the rapidly changing American Indian situation in Georgia and Alabama. A substantial part of northeastern Alabama, southeastern Tennessee and northwestern Georgia was a confined territory assigned to the Upper Creek, Lower Creek and Cherokee nations. Just two years before this map was made the Creek and Cherokee were forcibly relocated westward in the infamous 'Trail of Tears.'

This map was originally published by Baldwin and Cradock and was copyrighted in 1833, but was issued in Volume two of Chapman and Hall's 1844 edition of Maps of the Society for the Diffusion of Useful Knowledge. It was engraved by John Walker of J. and C. Walker.

Very good. Bears University of California Library Stamp, from which it was deaccessioned, in lower right quadrant. Narrow bottom margin. Blank on verso.