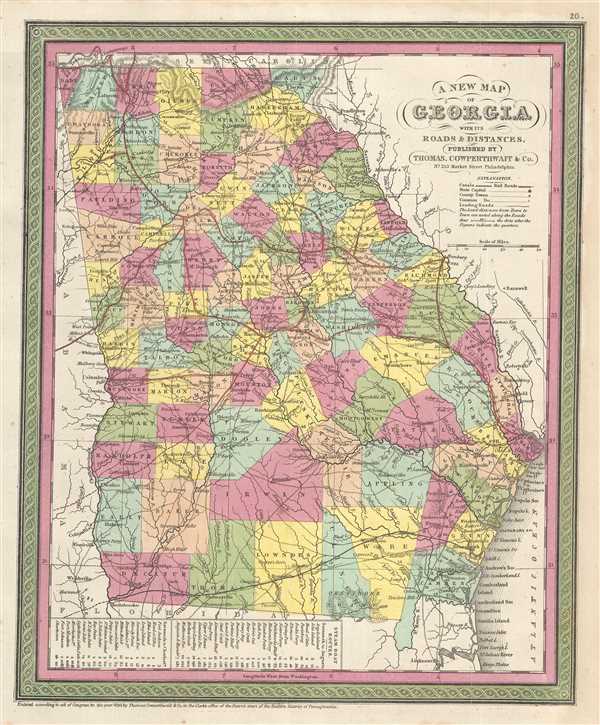 The state of Georgia with its roads.