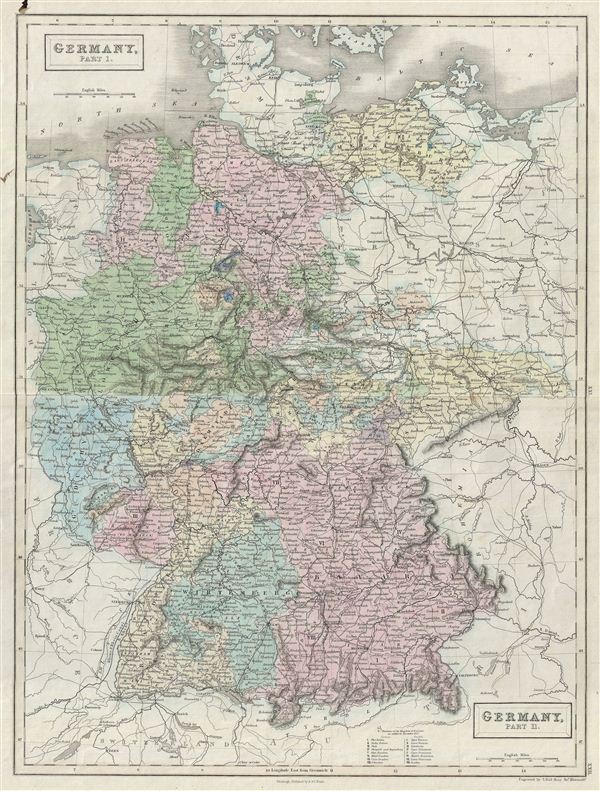 A fine example of Adam and Charles Black's 1851 map of Germany in two parts. The map covers all of Germany from Denmark to Switzerland and depicts individual German states. The maps shows 'Divisions of the Kingdom of Bavaria as settled in November 1837.'

Throughout, the map identifies various cities, towns, rivers, lakes, roadways and an assortment of additional topographical details. Map is hand colored in pink, green, blue and yellow pastels to define boundaries. The map is engraved by S. Hall and issued as plate nos. XXI and XXII in Black's General Atlas.