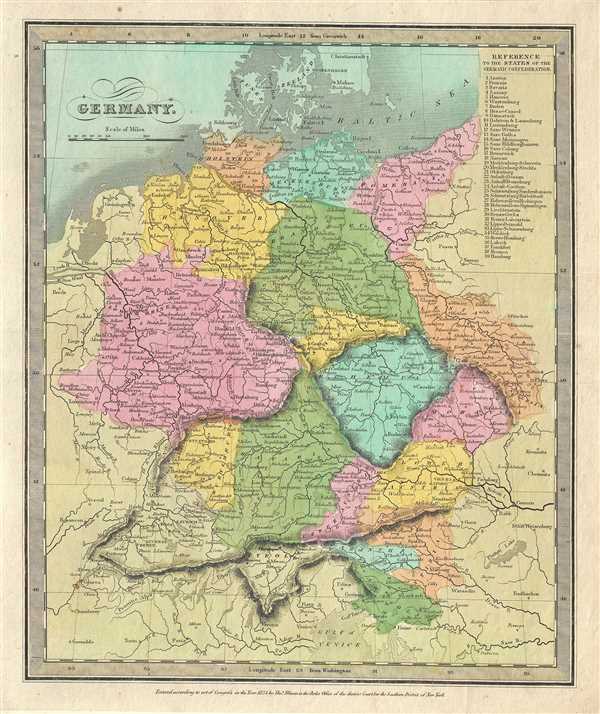 Burr's representation of the Germanic Confederation.
$300.00

This is a good example of the 1834 first edition map by David H. Burr representing the Germanic Confederation. The map covers Germany from the Netherlands and Denmark to the Gul of Venice. A table along the right margin lists the states comprising the Germanic Confederation. The modern day countries of Poland, Czech Republic and Austria are included.

After the defeat of Napoleon, the Congress of Vienna created The German Confederation to coordinate the economies of these separate but culturally related German-speaking countries. The Confederation acted as a buffer zone between Austria and Prussia, the two largest and most powerful member states. Nonetheless the rivalry between the two powerful states increased until it finally broke out into the Austro-Prussian War. Prussia won the Austro-Prussian War in 1866 which ultimately led to the collapse of the German Confederation. A few years later, in 1871, most of the former Confederation states were folded into the newly proclaimed German Empire.