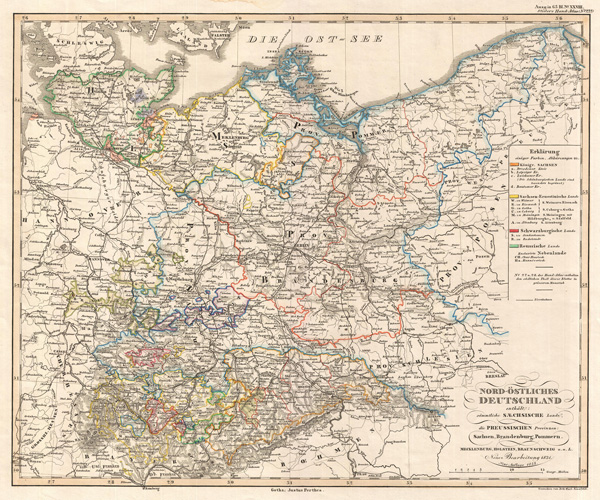 This is a beautiful example of Stieler's 1852 map of the Northeast Germany and Prussia. Valuable for those conducting genealogy, this highly detailed map identifies the names of many of Germany's smallest towns. Rich in detail, as was typical of German, and especially Perthes/Stieler maps of this period. Published by the Justus Perthes firm and engraved by Johann Carl Ausfeld as plate no. 18 for Stieler's 1852 Hand-Atlas.