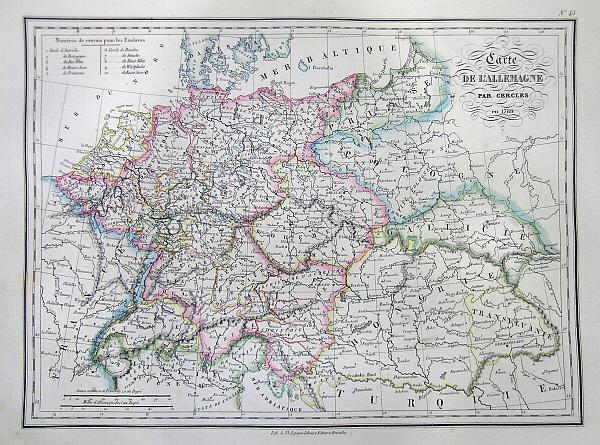 This is a beautiful 1837 hand colored map of Northern Germany includes the regions of Hanover, Saxony, Hungary, Transylvania, parts of Prussia, Poland, and Galicia. Dated 1789 but from 1837 imprint. All text is in French.