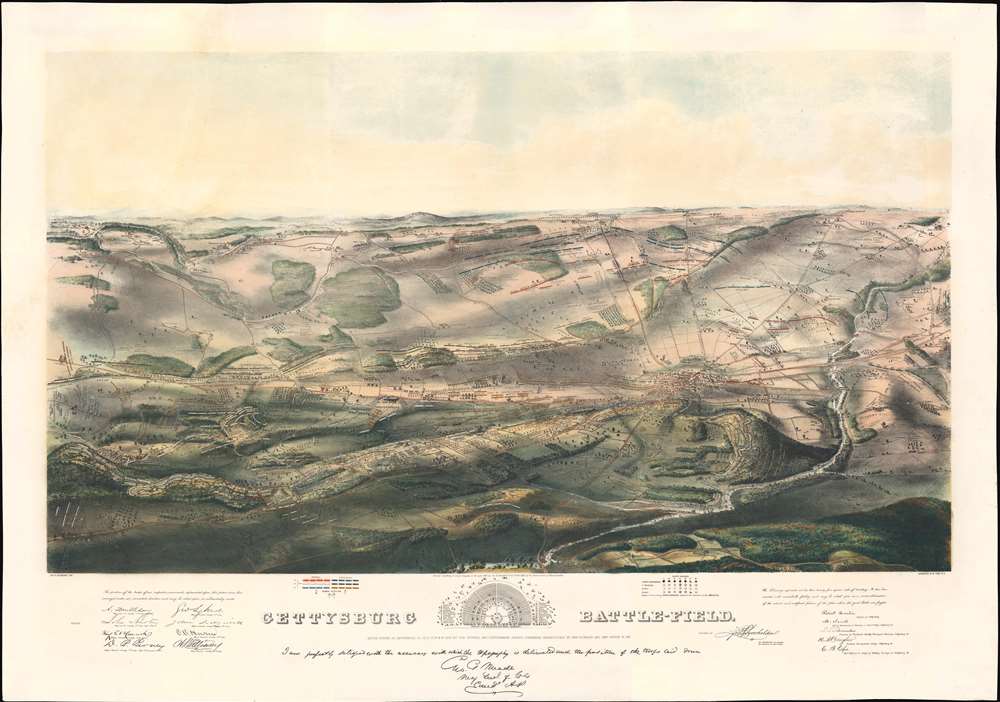 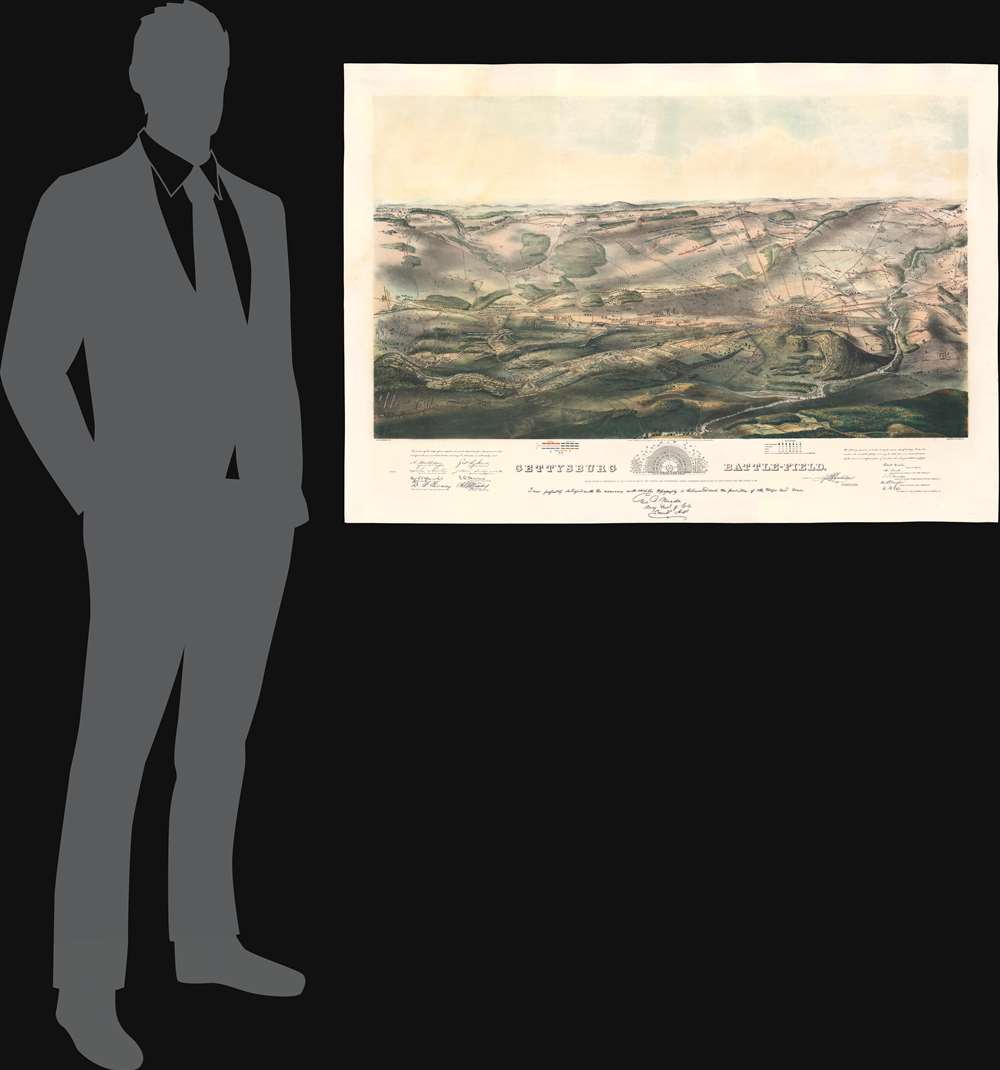 The most iconic view of the Battle of Gettysburg.

A remarkable and scarce 1863 proof state of the most iconic view of the American Civil War Battle of Gettysburg printed. This bird's eye view of the Battle of Gettysburg was issued by John Bachelder just months after the actual event. Within days of the battle, Bachelder arrived in Gettysburg where he spent the subsequent 84 days completing a meticulous study of both the battle and the battlefield. Bachelder walked the field daily, interviewed thousands of recovering soldiers on both sides, both commanders and enlisted men, and reconstructed all three days of the battle.

His work there is best described in the words of Confederate General Wade Hampton of South Carolina,

It appears that Mr. Bachelder, having the advantage of a military education, and love of history, went to the front early in 1862, more than a year before the battle of Gettysburg, to be in a position to collect data when the most important battle of the War was fought. After working up the details of several engagements, he reached the battlefield of Gettysburg before the dead were buried, remaining for eighty-four days, making plans of the field, visiting the wounded in hospital, and by permission taking the convalescent officers over the field, by whom their positions and movements were pointed out and established.

The product is impressive. Bachelder presents the battlefield in tremendous detail as if seen from a high point to the west. He utilizes dramatic shading to illustrate topography and pictorially illustrates drainage, vegetation, roads and streets, railroads, bridges, houses and names of residents, fences, and points of interest on the battlefield. Even the boundaries between fields are noted. The battle is rendered over time using an ingenious system of color coding that allows the reader to break down the events of the battle as it progresses over three days, from July 1st to the 3rd, 1863. Union General Winfield Scott Hancock, who was seriously wounded during Pickett's Charge, was so impressed by the view that he sent it and Bachelder, accompanied by this view and the following note to President Lincoln so that he might have a better understanding of events.

My Dear Sir, I think the President would like to see the great map of the battle field of Gettysburg and in order that he may have that opportunity I have sent the author, with a copy of the map to you: The Gentleman’s name is J. B. Bachelder of Boston Mass.

Below the view proper there is a small sketch plan of the Soldiers National Cemetery where the sections dedicated to various states are noted. In addition, there are reproduced signatures of various generals and commanders including A. Doubleday, John Newton, W. S. Hancock, D.B. Birney, G. Sykes, John Sedgwick, O. O. Howard, A. S. Williams, and H. W. Slocum. An additional statement attesting to the accuracy of this view is signed by Major General George G. Meade.

There are several different editions of this map, all of which are very different: some are uncolored while others lack the dramatic sky and are superimposed with a grid. The present example is a proof state, as noted to the left of John Newton's signature, of the largest most deluxe version of this important view.