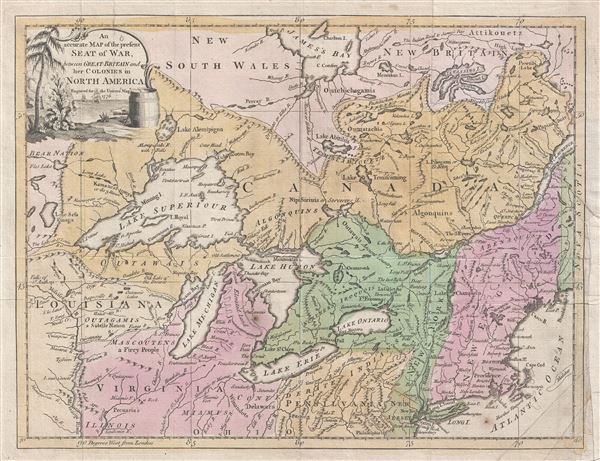 Unusual map of the Great Lakes region at the start of the American Revolutionary War.


John Hinton (November 13, 1716 - May 11, 1781) was a British bookseller and publisher active in London during the late 18th century. Hinton is best known as the publisher of the Universal Magazine of Knowledge and Pleasure, a popular English periodical issued from 1747 to 1814. The Universal Magazine enjoyed wide appeal and was often lavishly illustrated - for the time - with engravings and maps by such prominent English cartographers as Emanuel Bowen, Thomas Kitchin, and Richard W. Seale. On Hinton's death publication of the Universal Magazine was taken over by his apprentice Stephen Austin Cumberlege. Learn More...

Good. Some creasing. Older repairs and reinforcement on verso, including repair of large closed tear, from right side, see image.