1832 Delamarche Map of Greece and the Balkans 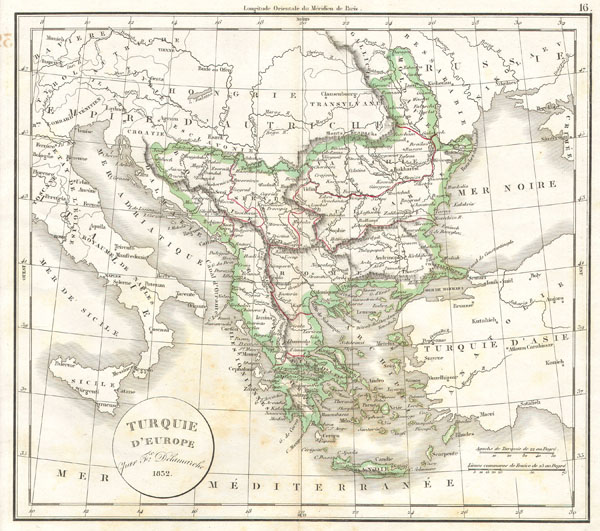 1832 Delamarche Map of Greece and the Balkans

This hand colored map is a copper plate engraving, dating to 1832 by the well known French mapmaker Delamarche. It is a representation of Greece and the Balkans. Formally titled, 'Turquie d'Europe' as this was then part of the great Ottoman Empire.

Light foxing, otherwise very good condition.
Looking for a high-resolution scan of this?