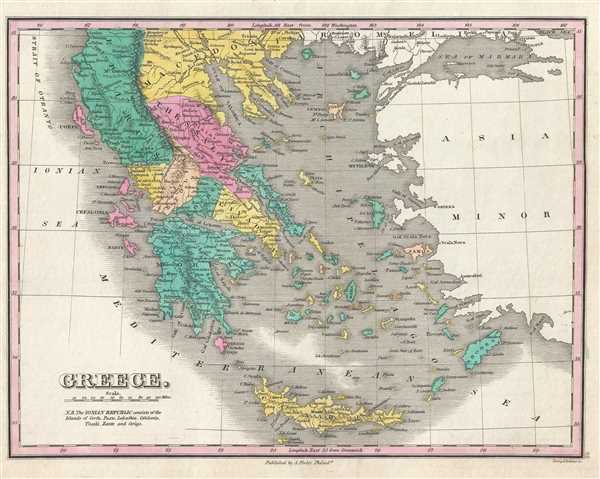 Created during the Greek War for Independence from the Ottoman Empire.

This is a beautiful 1828 Anthony Finley's map of Greece. The map depicts the region from Macedonia to the island of Candia and from the Ionian Sea to Asia Minor, and includes many of the Cyclades. Numerous cities and towns are labeled, including Athens, Argos, and Corinth. Rivers, roads, and some topographical features are illustrated. Regions are differentiated by color coding.

As this map was being drawn, the Greek people were in the midst of a bloody war for independence against their Ottoman Turkish overlords. With the help their European allies in Russia, the United Kingdom, and France, the Greek revolutionaries finally threw off the Ottoman yolk in 1832.