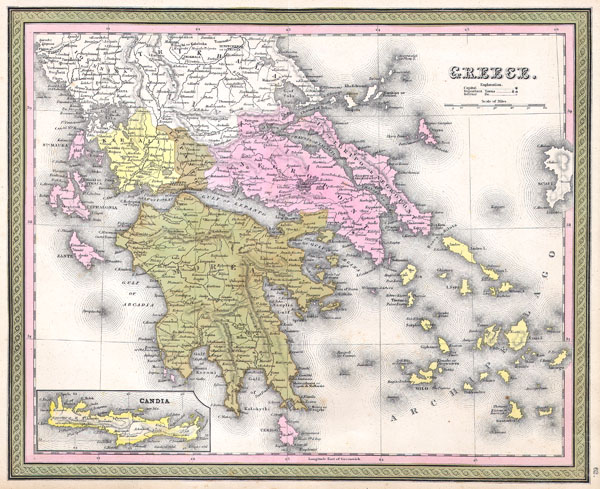 This hand colored map is a copper plate engraving, dating to 1850 by the legendary American Mapmaker S.A. Mitchell, the elder. It represents the southern portion of what is today Greece from Macedonia to the Peloponnesus and includes many of the islands in the Greek Archipelago. Inset map depicts the island of Crete or Candia. Shows both political and geographical features. Map is dated and copyrighted, 1850.