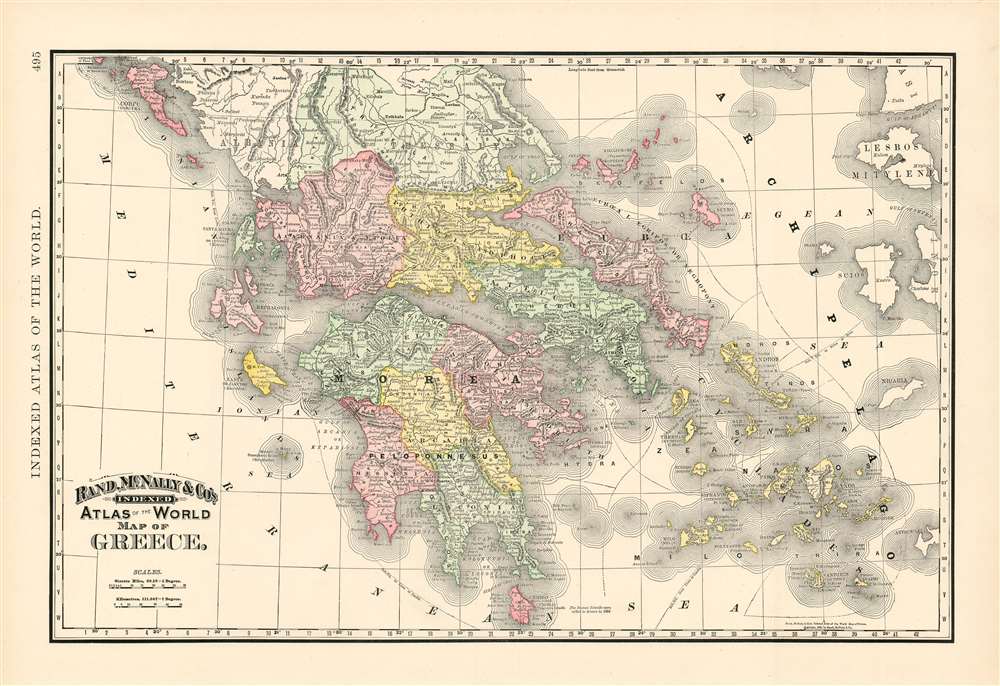 An attractive map of an independent Greece.

This is Rand McNally and Company's 1892 map of Greece. It covers from Corfu to Cythera and includes the Cyclades. Territories are distinguished from one another with original wash color, and topographical detail is shown with hachure. Greece gained independence from the Ottoman empire in 1832 under the Treaty of Constantinople; independence was followed by decades of internal conflict over topics ranging from constitutional issues to questions of which version of the Greek would be 'official.' All Greeks were united, however, in their determination to liberate the Hellenic lands under Ottoman rule. These efforts were playing out diplomatically over the period leading up to the production of this map: the cession of the Ionian Islands to Greece in 1864 is noted on the map. In 1897, five years after the publication of this map, Greece would declare war on the Ottomans Empire over control over Crete.

This map was issued as plate no. 495 in the Rand McNally and Company's Indexed Atlas of the World - possibly the finest atlas Rand McNally ever issued.