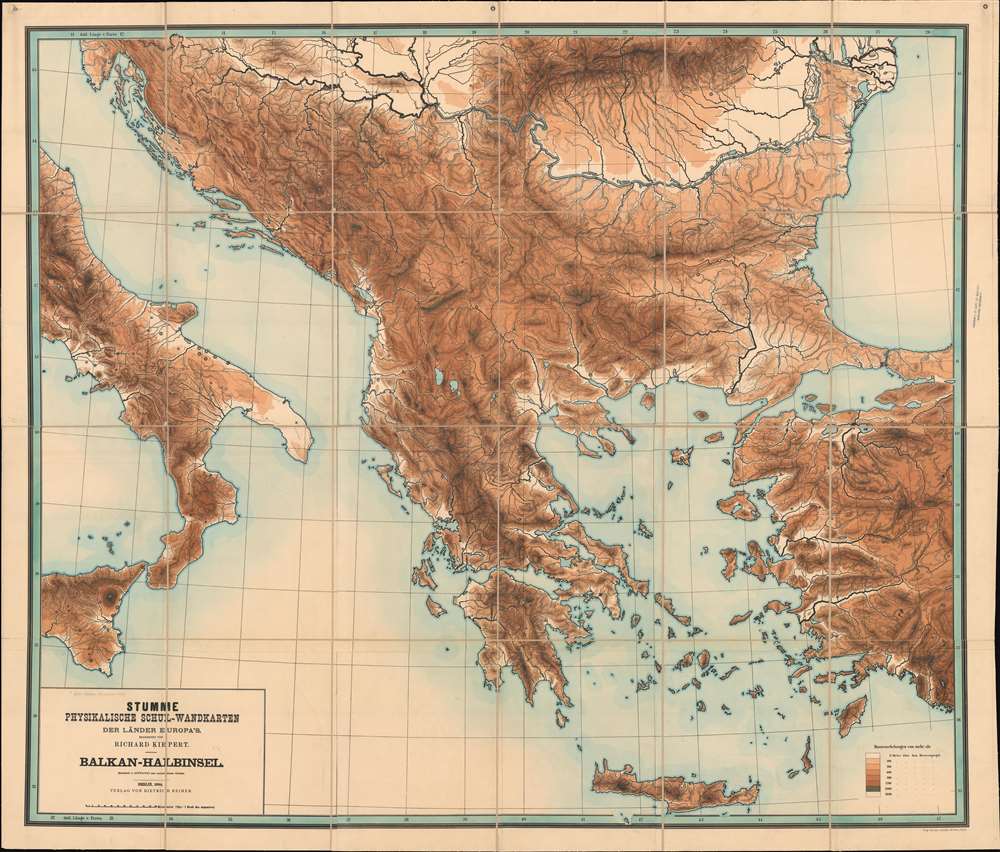 A monumental and striking topographic map of Greece by the greatest German cartographer of the 19th century.
$1,500.00

This is a monumental and striking 1884 Richard Kiepert chromolithograph topographic map of Greece and the Balkan Peninsula. The map depicts the region from central Italy east to the Bosporus and from the Danube Delta on the Black Sea to Crete. An utterly fantastic piece created by the most celebrated 19th-century German cartographer. Kiepert employs eight different colors to illustrate the region's topography. He details the region's river systems and coastlines and marks, although without identifying them by name, many of the region's cities and towns.

This map was created by Richard Kiepert and published by Dietrich Reimer in 1884. The present example bears a collection stamp from the Department of Geology at Harvard University. We have confirmed that it was legally deaccessioned, and the accompanying slipcase bears an official deaccession stamp. Only one example is cataloged in OCLC, and it is part of the collection at the University of Chicago. A second OCLC ghost entry appears as well, implying that at least one more example is part of another institution's collection, but the institution has since withdrawn from OCLC.