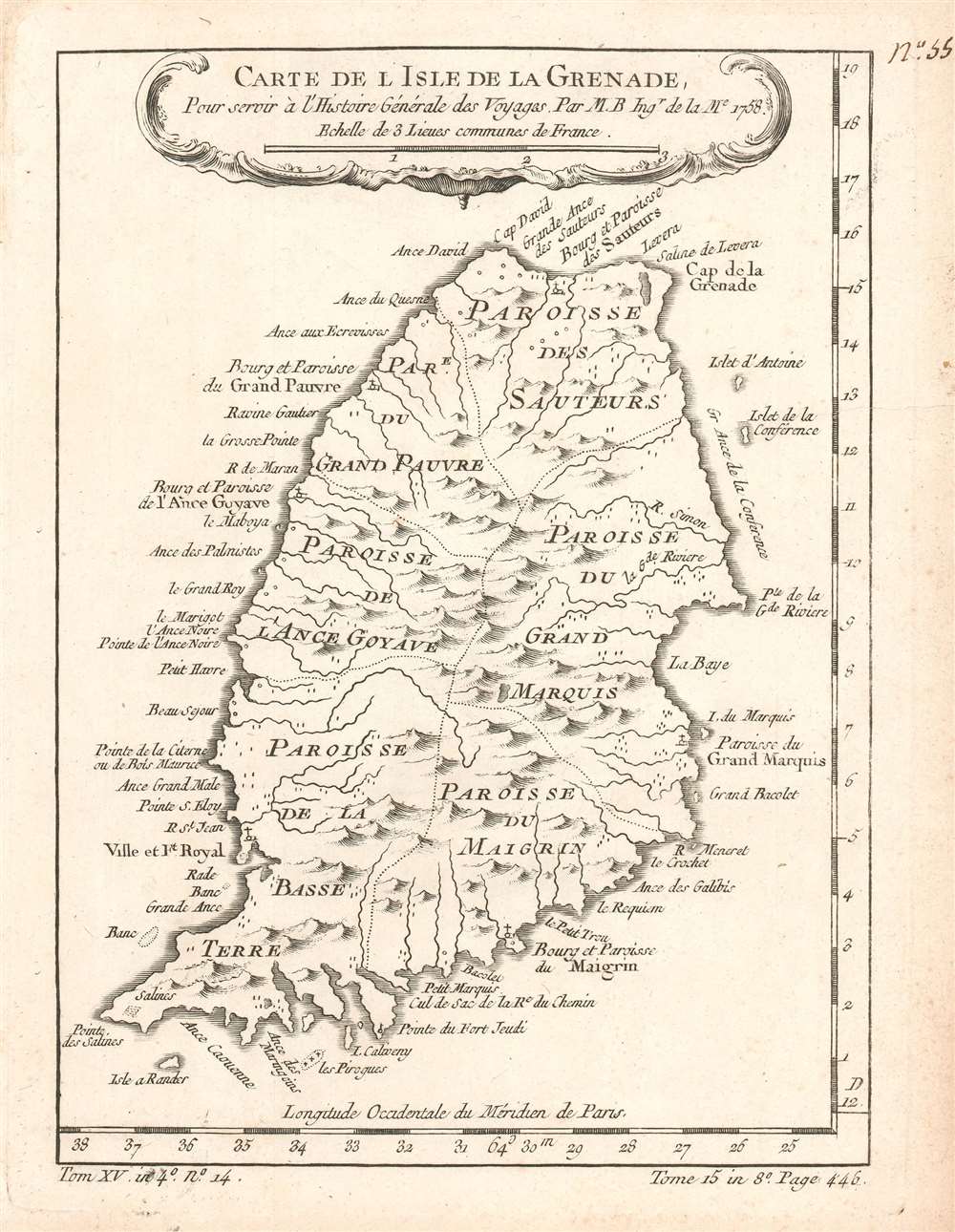 This is a 1780 Jacques-Nicolas Bellin map of Grenada. Depicting the entire island, coastal points, islands, and harbors are labeled. The island is divided into parishes and its many rivers and mountains are illustrated. Fort Royal, the French colonial capital, is labeled.

Grenada during the 18th Century

Grenada became a French colony in 1654, after six years of war following the French 'invasion' of 1649. Fighting continued throughout the 17th century between the French on Grenada and the Caribs on present-day Dominica and St. Vincent and the Grenadines. British forces captured Grenada in 1762 during the Seven Years' War and the French officially ceded the island to Great Britain in 1763 as part of the terms of the Treaty of Paris. The island became a battleground once again during the American Revolution, when the French recaptured the island after the brutal Battle of Grenada in July 1779. Even so, Grenada was restored to Britain as part of the 1783 Treaty of Versailles. In 1795 - 96, a pro-French revolt erupted over dissatisfaction with British rule, but the British defeated the uprising.

This map was originally created by Jacques-Nicolas Bellin in 1758 for inclusion in Abbé Prévost's Histoire Générale des Voyages. The present example was published by Jean-François de la Harpe in 1780 in his Abrégé de l'Histoire Générale des Voyages. Three examples are cataloged in OCLC and are part of the institutional collections at the University Library in Augsburg, Germany; the University Library in Munich, Germany; and the Bavarian State Library in Munich, Germany.