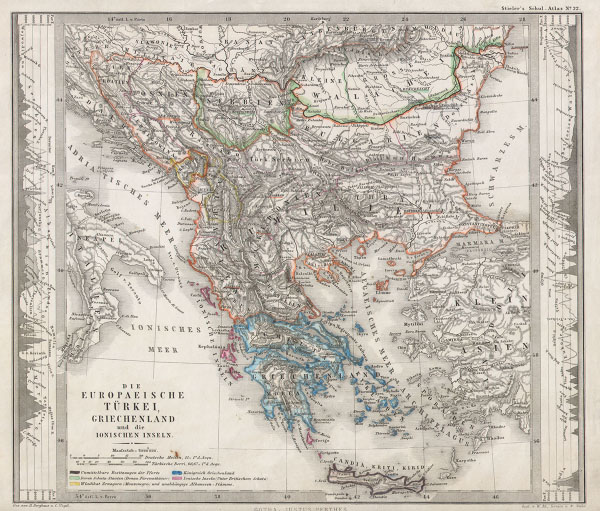 This fascinating 1862 map by Justus Perthes and Stieler depicts Greece, the Balkans, parts of Turkey, and the islands of the Adriatic as far south as Crete or Candia. Extends as far north as Croatia, Bosnia, Serbia, Bulgaria, Rumania and Macedonia. In a cartographic flourish unique to Perthes, elevation profile charts decorate the right and left borders of the map. Unlike other cartographic publishers of the period, the Justus Perthes firm, did not transition to lithographic printing techniques until the early 1870s. Instead, all of his maps are copper plate engravings and hence offer a level of character and depth of detail that was impossible to find in lithography or wax-process engraving. All text in German. Issued in the 1862 edition of Stieler's Schul-Atlas.