1780 Bellin Map of Guadeloupe and Marie-Galante 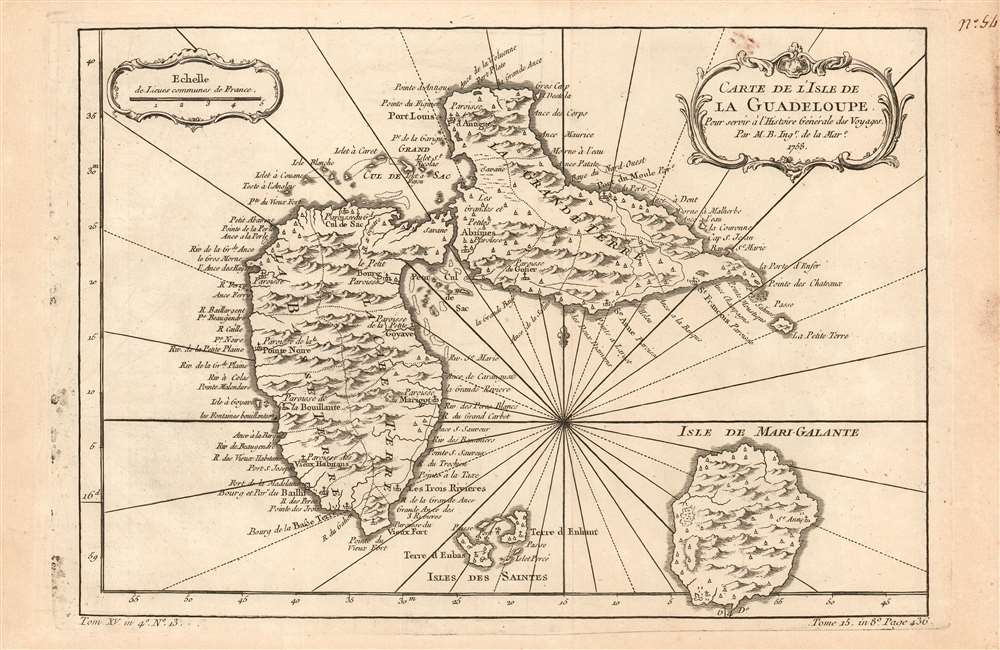 1780 Bellin Map of Guadeloupe and Marie-Galante

Published one year before the British seized the archipelago during the Seven Years' War.
$350.00

This is a 1758 Bellin map of the Caribbean islands of Guadeloupe and Marie-Galante, drawn one year before the British occupation of the archipelago during the Seven Years' War. The British would hold Guadeloupe and Marie-Galante from 1759 British until the 1763 Treaty of Paris. British rule of the archipelago had the effect of making the archipelago's European colonists wealthy, as it opened markets in British North America to Guadeloupean sugar. In turn, this led to the forced relocation and enslavement of 18,000 Africans to meet the demand for sugar production. In the 1763 Treaty of Paris, now considering Guadeloupe a colonial prize, France would give up its Canadian colonies in exchange for Guadeloupe.

The map was included in Harpe's 1780 abridged edition of Prévost's Histoire générale des voyages. This map appears on the market from time to time, but OCLC lists only three copies of the separate map (although inconsistencies in cataloguing mean this number may be higher.) Prévost's Histoire and Harpe's abridged version of it are well represented in institutional collections.

Very good condition; some staining to right margin away from image. Else excellent with a bold strike and generous margins.