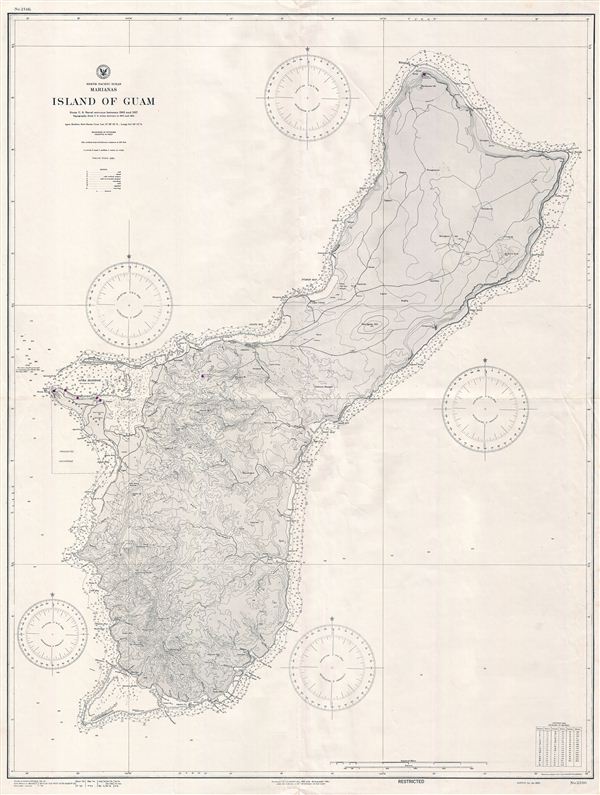 This is a scarce World War II (WWII) era 1945 map of Guam issued by the U.S. Navy Hydrographic Office shortly after the 1944 recapture of the island by U.S. military forces. Guam, long an important stopping point for trans-Pacific voyages, was nominally under U.S. control since the 1898 Spanish-American War. In 1941, early in World War II, Guam was seized by the Japanese who saw it as a kind of Pacific Gibraltar. The Japanese occupation of Guam was particularly brutal for the indigenous Chamorro people who were steadfastly loyal to the United States. This chart was originally drawn in 1925 and has been updated to 1945 with minor corrections and alternation. Issued by the U.S. Navy as Chart no. 2186.

Very good condition. Appears to have been folded at some point.
Looking for a high-resolution scan of this?