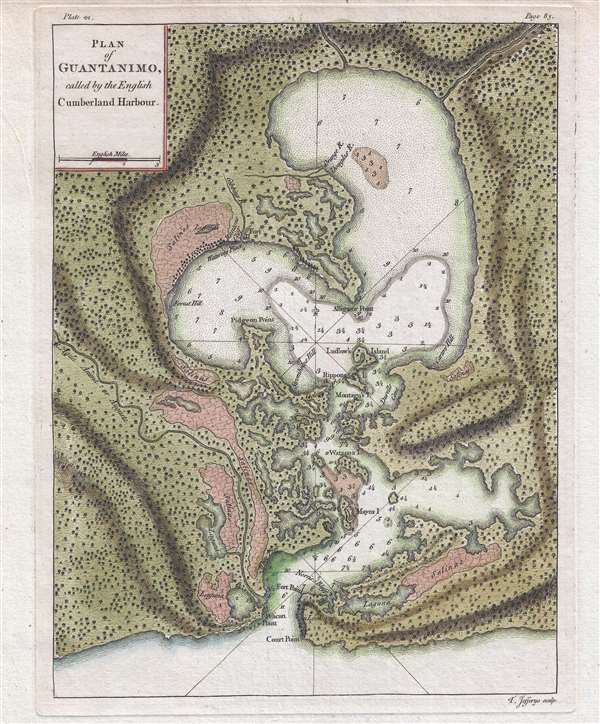 This is a 1768 Thomas Jefferys map or plan of Guantanamo Bay, Cuba. The map depicts the entirety of Guantanamo Bay and the surrounding area. Highly detailed, the shoreline of the bay is meticulously illustrated, including where the mouths of several rivers enter the bay. Locations around the bay are labeled, including Pidgeon Point and several islands within the bay. Trees are illustrated in profile and depth soundings are noted throughout the bay. Several salt flats are also labeled.

Guantanamo Bay has gained international notoriety, or even infamy, over the past over the past fifteen years due to the presence of a United States detention facility that was opened to house enemy combatants from the ongoing War on Terror. The Guantanamo Bay Naval Base has been leased by the U.S. from Cuba since 1903 and was captured during the Spanish-American War.

This map was created by Thomas Jefferys and published by Robert Sayer in 1768.