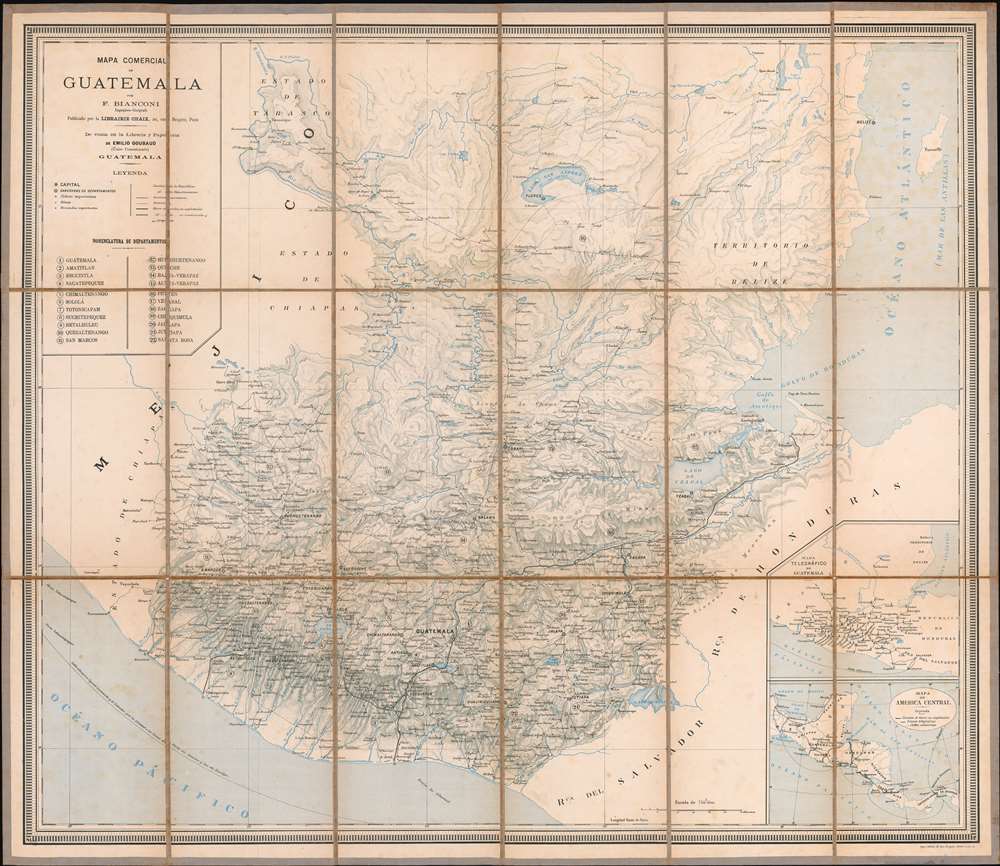 An incredible map of Guatemala.

This is a rare separately issued F. Bianconi map of Guatemala. The map depicts the region from Mexico to the Atlantic Ocean and from Tikal to El Salvador. Highly detailed, myriad cities, towns, and villages are labeled throughout. Roads, railroads, lakes, and rivers are also illustrated and labeled. Guatemala's twenty-two departments are also presented and all twenty-two are listed in the key situated in the upper left corner. Two inset maps are situated in the lower right corner. One depicts the telegraph network in Guatemala in detail and the other illustrates the roads, telegraph lines, and underwater cables in Central America.

Very good. Dissected and mounted on linen in eighteen panels. Blank on verso.
Looking for a high-resolution scan of this?