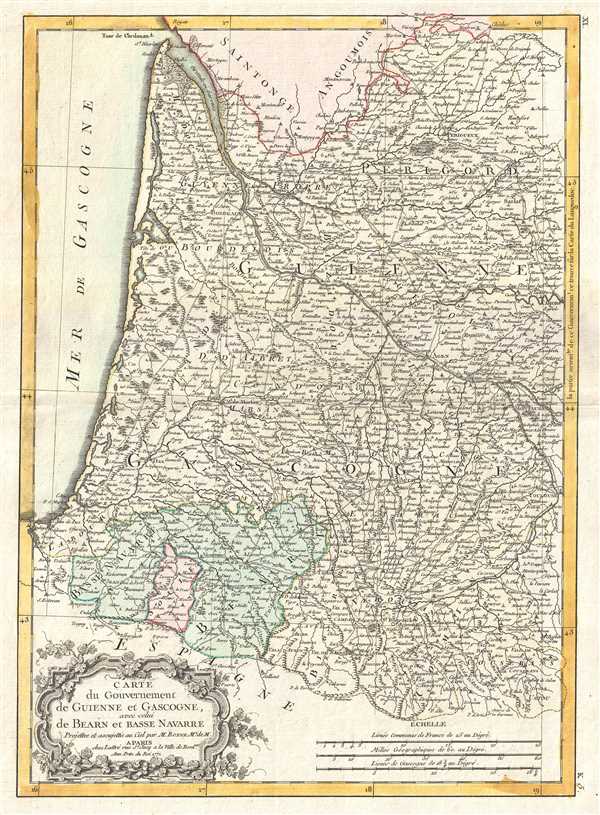 Home to Fois Gras and Armagnac and the finest red wines!

This is a 1771 Rigobert Bonne map of the French regions of Gironde and Gascony. The map depicts the regions from the Atlantic Ocean inland to the Garonne river and Cahors, France and from the Perigord to Spain. A highly detailed representation, myriad cities, including Bordeaux, 'mountain' ranges, and rivers are included. This region is known for its remarkable cuisine and is the home to both Fois Gras and Armagnac. The coastal department Gironde is the seat of the Bordeaux wine region and produces many of the world's finest reds. A large decorative title cartouche is situated on the lower left.