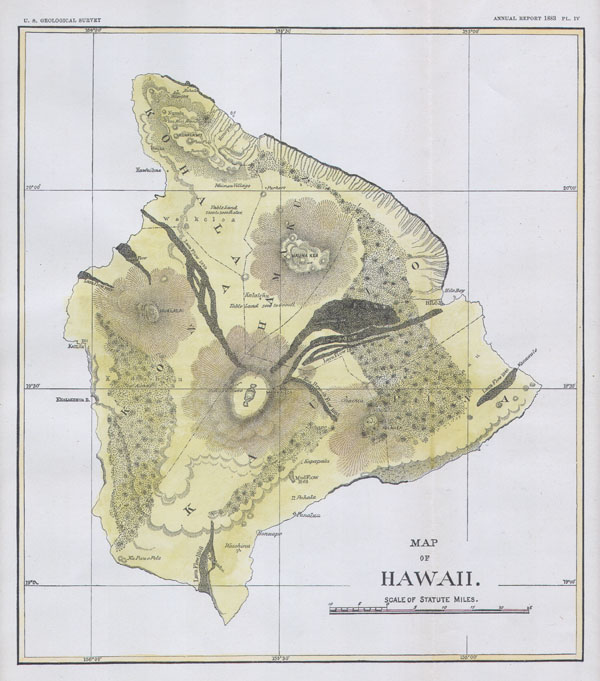 This beautiful and fascinating map of the island of Hawaii, largest of the Hawaiian Island chain, was published for the 1883 Annual Report of the U. S. Geological Survey. Map offers detailed topographical and geological information in reference to forests, mountains, volcanoes, and lava flows.

Fine or perfect condition. Original fold, as issued. Blank on verso.
Looking for a high-resolution scan of this?