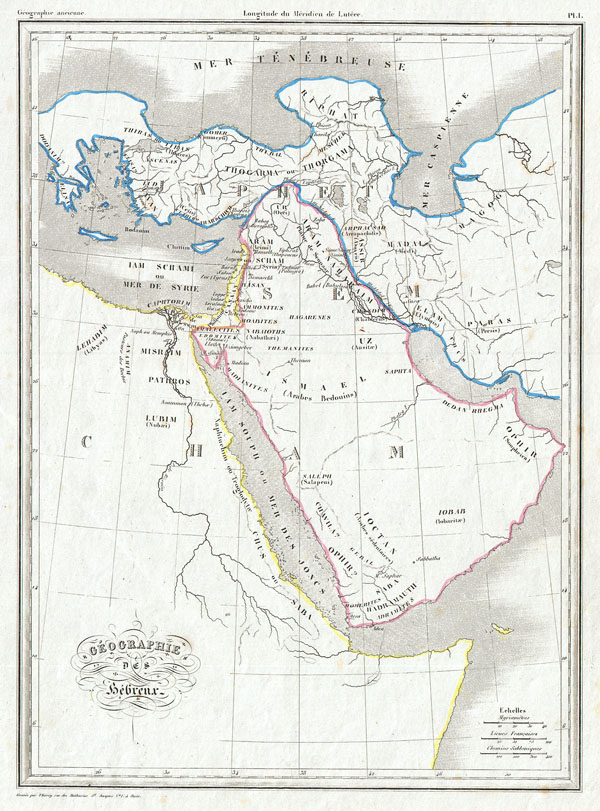 This is Conrad Malte Brun's very appealing map of the Biblical geography of the Torah and Old Testament. Covers what is modern day Egypt, Arabia, Persia and Turkey. Notes many Old Testament lands and Kingdoms including the lands of Magog, Canaan, Saleph, Lubim, Misrim and others. Land extends northward only slightly beyond the 42nd degree of latitude, where it meets the mythical Mar Tenebreuse. Engraved by Theirry as plate no. 1 in Malte Brun's Geographie Ancienne.