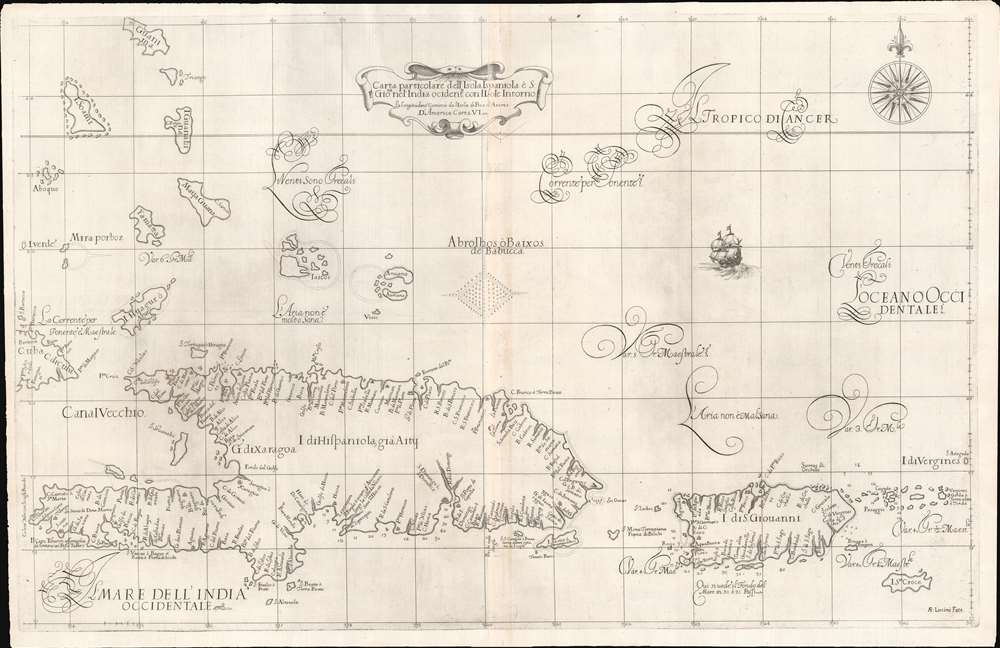 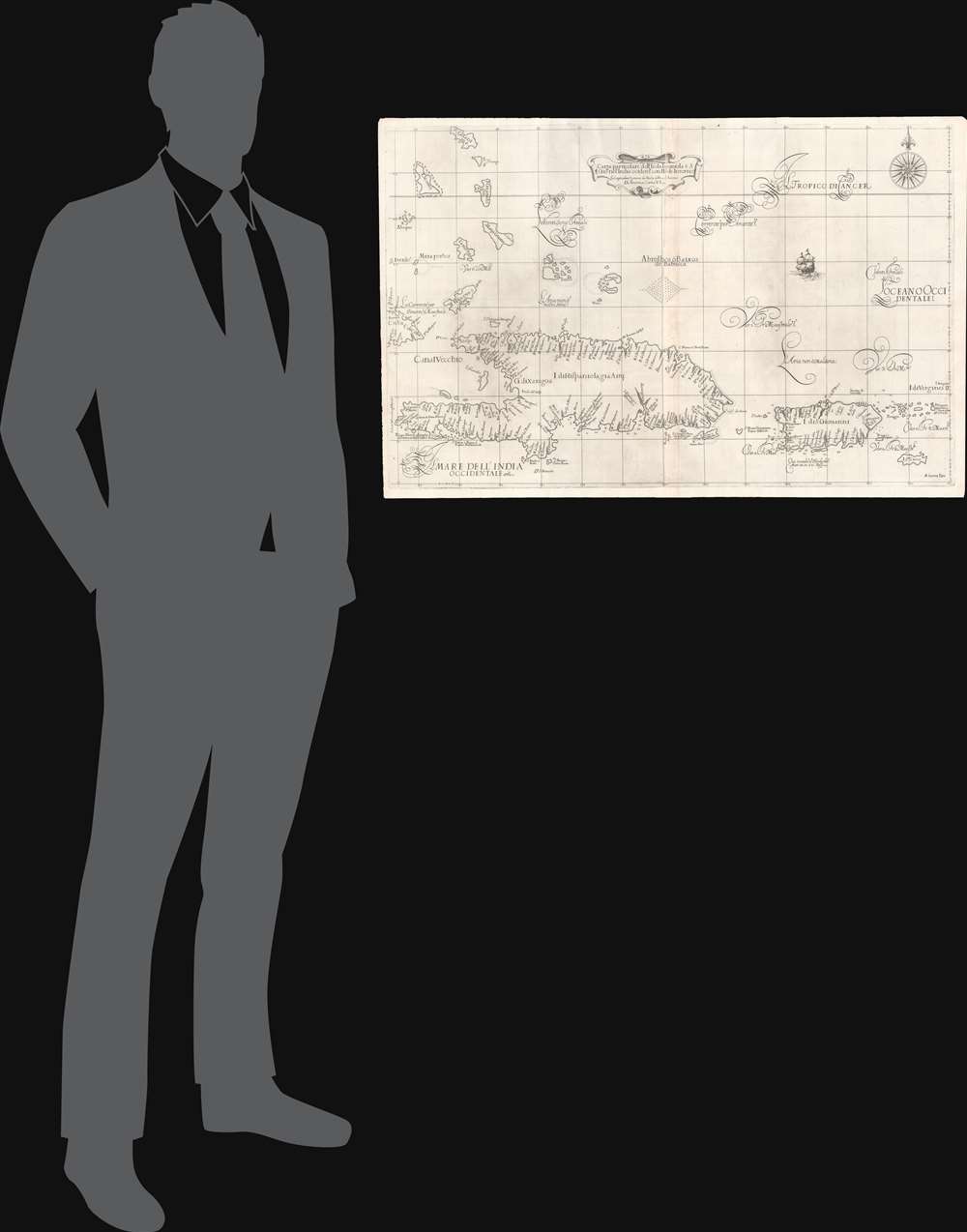 This is the first edition of Sir Robert Dudley's rare 1647 nautical map of the eastern Greater Antilles, including Hispaniola, Puerto Rico, the Virgin Islands, Turks and Caicos, St. Croix, and the southern Bahamas. Like most of the Caribbean maps from Dudley's Arcano del Mare, this represents the first usable printed nautical chart of Hispaniola and Puerto Rico. In terms of earlier charts, the Library of Congress notes only the Joan Vinckeboons manuscript of 1639.

Presented on a Mercator Projection, coverage extends from eastern Cuba to Virgin Gorda and Anegada Island, and from Guanahani, the indigenous Lucayan name for the Bahaman island of San Salvador, to St. Croix. A host of early settlements are noted, particularly on Hispaniola, with depth soundings and safe anchorages presented where available. The whole is stunningly engraved in Antonio Francesco Lucini's masterful Italian baroque hand, complete with fine calligraphy and idiosyncratic styling.

This map was completed by Sir Robert Dudley in manuscript form c. 1636. It was then engraved in 1646-47 by Antonio Francesco Lucini for publication in 1647 in volume II of the first edition of Robert Dudley's seminal sea atlas, the Arcano del Mare. This is the first edition of the map, issued for the 1647 atlas. A second edition of the atlas, also with this map, was issued in 1661. The maps from this edition are distinguished with additional numerical coding located below the title on the individual maps. We see a few examples in the OCLC, most associated with the more common 1661 edition, almost all associated with institutional holdings of the full atlas. We note few examples of this map, in any edition, on the market in recent times.

Dudley, R., Dell'Arcano del Mare, (Florence: Francesco Onofri) 1647.     Dell’Arcano del Mare (Secrets of the Sea) is a six volume 17th century maritime encyclopedia by English nobleman Sir Robert Dudley (1573 - 1649). It is considered to be one of the most important maritime atlases of all time, the first of its kind in print: the first sea atlas to treat the entire world (not just Europe), the first by an Englishman, the first to illustrate prevailing winds and currents, and the first to universally employ a Mercator projection. The charts themselves are notable for being all new works, created by Dudley based upon a lifetime of collecting maritime data. All of the roughly 130 known charts in the Dell’Arcano del Mare were engraved in the Italian baroque ethic by Antonio Francesco Lucini, a Florentine master engraver. It is said that the work took Lucini 12 years and consumed more than 5000lbs of copper. It was published in Florence between 1645 and 1646 in six folio volumes. Another edition was issued in 1661 but contained fewer charts.