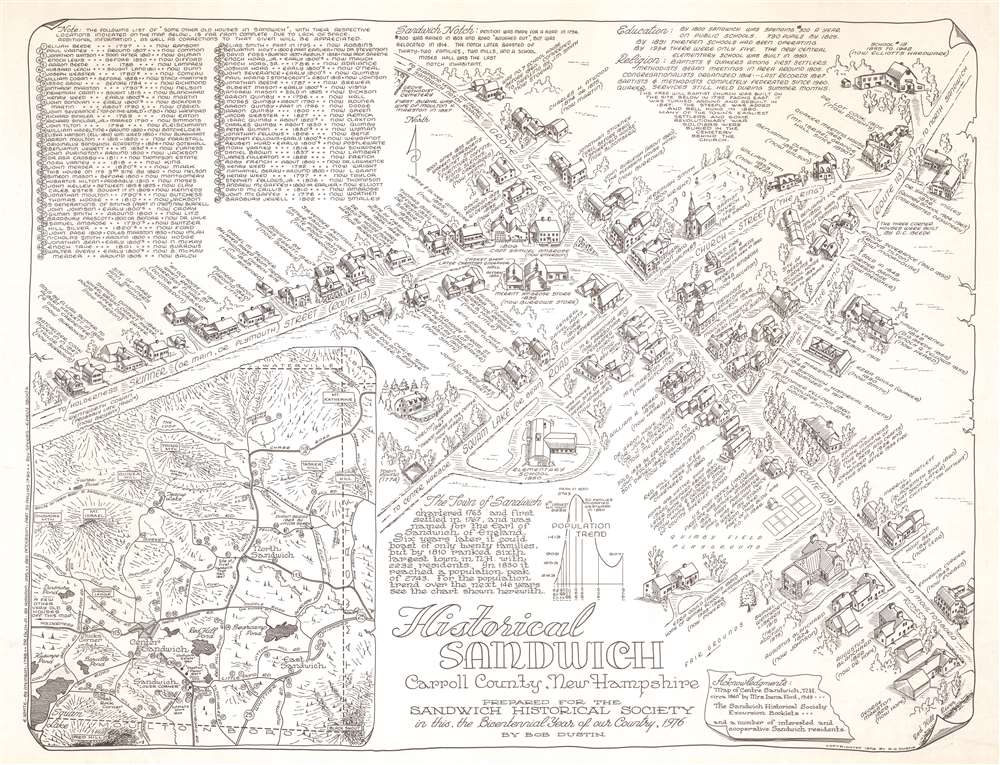 This is a 1976 Robert Gale 'Bob' Dustin pictorial map of Sandwich, New Hampshire. Houses throughout Center Sandwich are illustrated, identified by their original owner and their owner in 1976. Also, the house's original construction date is provided. Other buildings, including the elementary school, the old Town Hall (which was converted into the Sandwich Historical Society), and the Baptist church, are illustrated and labeled. Streets throughout town are labeled by the name used around town and the official route name bestowed by the state. A numerical index of eighty houses around the original grant is situated in the upper left corner. All eighty are marked on an inset map of the town grant in the lower left corner, which has Center Sandwich in its bottom left quadrant.

Robert Gale Dustin (October 24, 1913 - November 16, 2001) was an American draftsman and cartographer. Born in Boscawen, New Hampshire, Dustin attended school in New Hampshire. He worked in Oak Ridge, Tennessee and Paducah, Kentucky, as the head of the drafting department for the Carbide Corporation. He married Emily Thompshon Heard on August 6, 1938, with whom he had at least two children. Learn More...