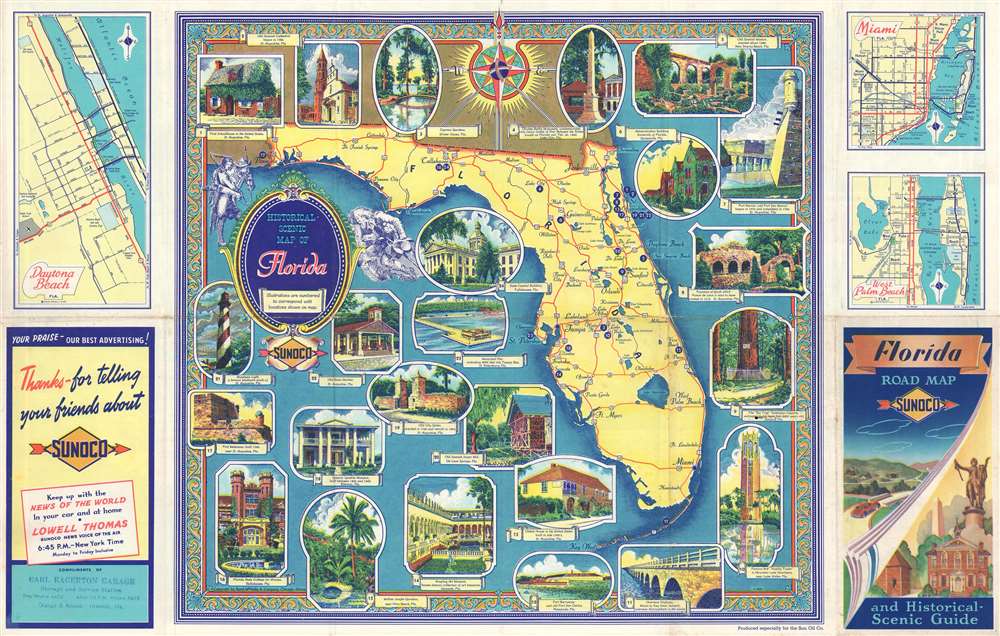 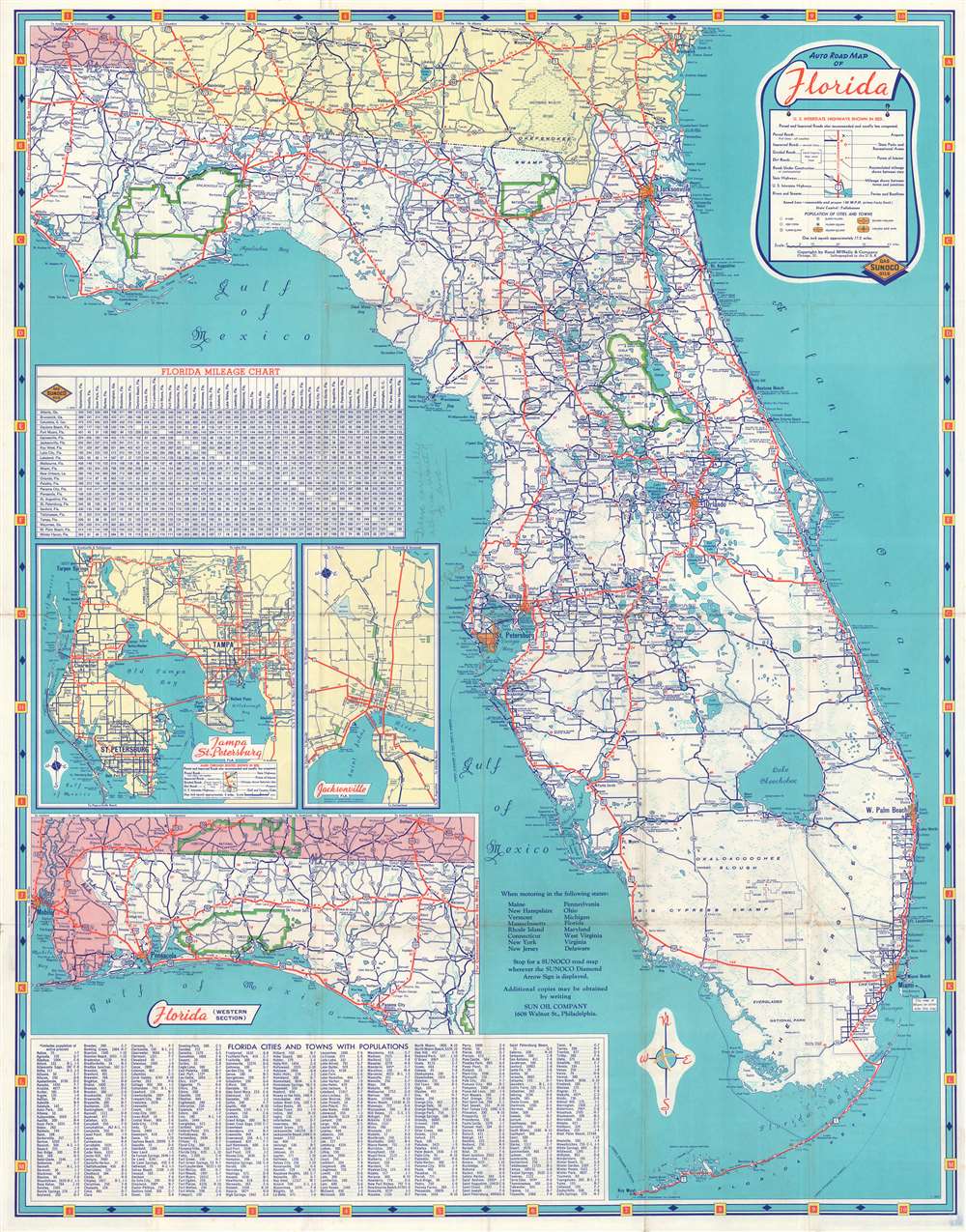 This is a c. 1950 Rand McNally pictorial map of Florida. Pictorial vignettes highlight twenty-four historic sites across Florida from Pensacola to the Overseas Highway. These sites include the first schoolhouse in the United States in St. Augustine, the Fountain of Youth reportedly visited by Ponce de Leon, the Ringling Art Museum, Fort Barrancas, and old Fort San Carlos in Pensacola, and the State Capitol Building in Tallahassee. Small city plans accompany the central pictorial map along the left and right sides and detail Daytona Beach, Miami, and West Palm Beach. A highway road map of Florida occupies the verso and includes a mileage chart and insets of Tampa and St. Petersburg, Jacksonville, and the Florida Panhandle.

This particular example bears a faded ink stamp from the Carl Eagerton Garage in Orlando, Florida. We have found one reference to the Carl Eagerton Garage, in the July 2, 1950 edition of the Tampa Tribune. We also located an earlier example of the Historical Scenic Map of Florida in the Touchton Map Library at the Tampa Bay History Center. By combining these two pieces of information, we arrived at the c. 1950 publication date.

This map was created by Rand McNally 'especially for the Sun Oil Company'. As stated above, we have located an earlier edition from 1948 that is part of the Touchton Map Collection at the Tampa Bay Historical Society, and the OCLC catalogs three examples of a 1941 edition. We have not located any other examples of the present edition.

Very good. Exhibits light wear along original fold lines. Folds out to road map of Florida on verso.
Looking for a high-resolution scan of this?