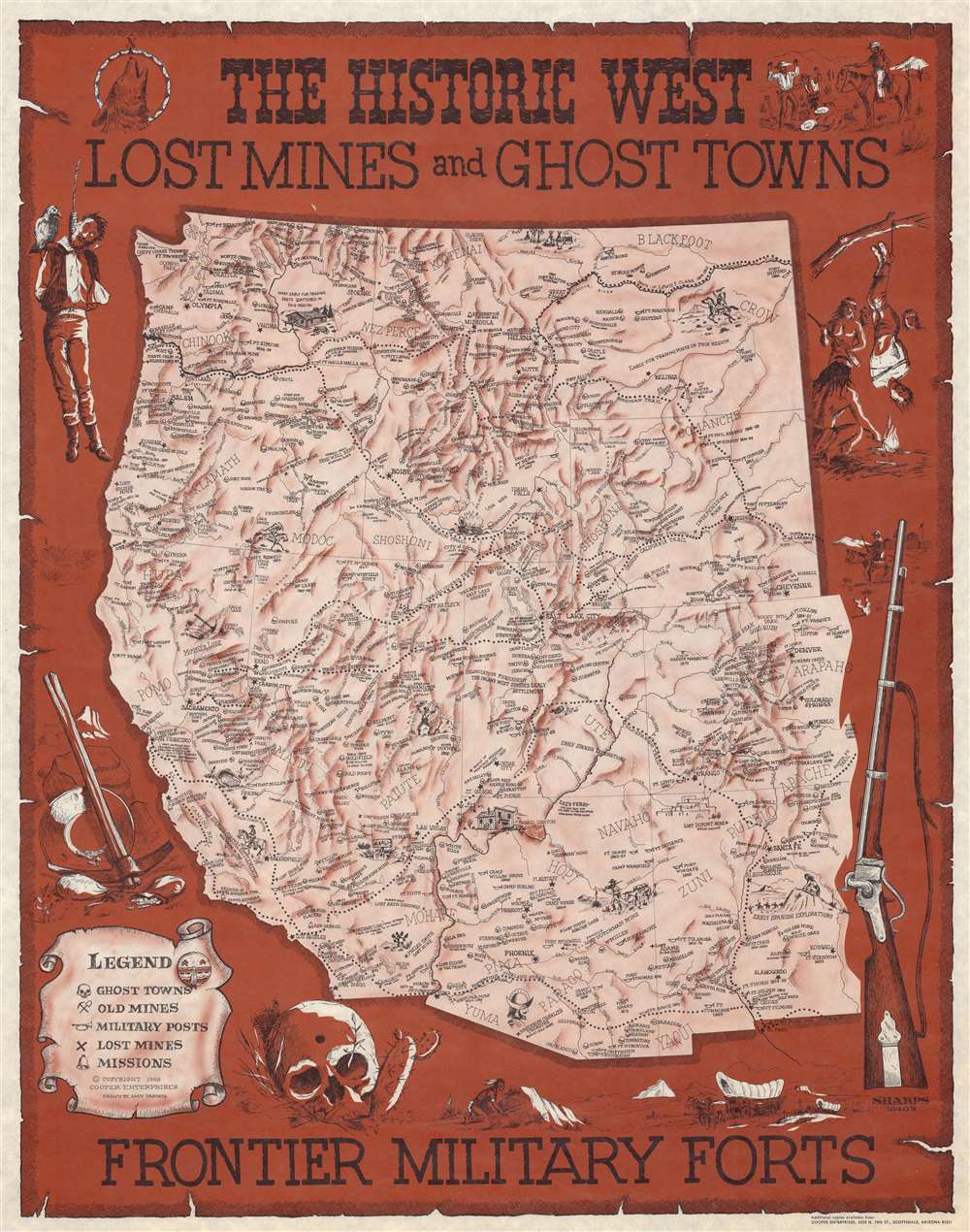 This is a 1968 Andy Dagosta pictorial map of the American West highlighting ghost towns, lost mines, and other frontier sites. Covering from Central Colorado to the Pacific, skull icons mark ghost towns, bugles identify sites of military posts (some dated), crossed shovels and pickaxes indicate old mines, and bells mark missions. The storied emigrant trails of the Old West, including the Oregon Trail, California Trail, and Santa Fe Trail are noted. Vignettes throughout depict Native Americans, a covered wagon, a prospector with his mule, and a ghost town, among other scenes. A pictorial border surrounds the entire map and reinforces the adventure and romance American frontier.

This map was drawn by Andy Dagosta and published by Cooper Enterprises in 1968. This piece is well represented in institutional collections but it scarce on the private market.

Andrew 'Andy' Dagosta (1923 - 2009) was an American artist known for illustration and western realist painting. Born in Omaha, Nebraska, Dagosta was enthralled by movies and had a particular liking for westerns. Dagosta served in Italy in the 12th Air Force during World War II and after the war moved to Glendale, California and enrolled at the Hollywood Art Center. He completed the two-year program in which he was enrolled and subsequently opened a commercial advertising art studio in Pasadena, California. Dagosta worked closely with other western artists, including Lloyd Mitchell and Reynolds Brown, and was a co-founder of 'The American Indian and Cowboy Artists'. Dagosta died in Glendale, California in 2009. Learn More...