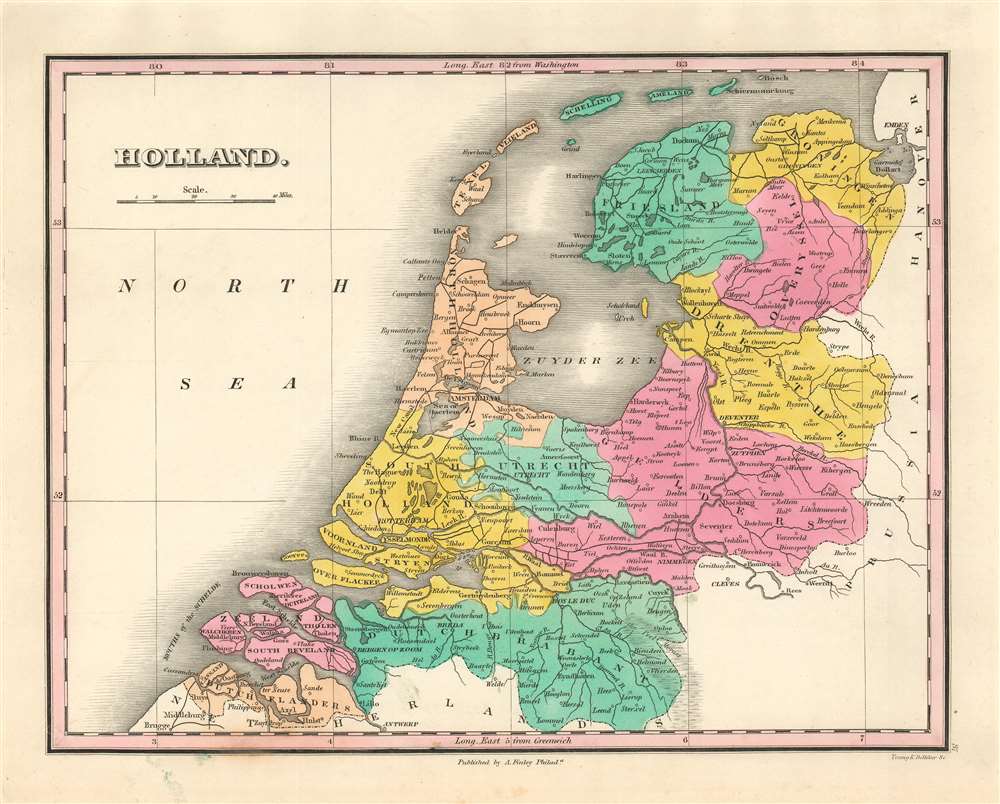 An Early American Atlas Map of the Low Countries.

A beautiful example of Finley's important 1827 map of Holland, or the Netherlands. The map embraces the region Friesland south to Dutch Flanders and Brabant. Identifies numerous cities, including Amsterdam, Antwerp, and Bergen op Zoom. The map also shows and names river systems, swamps and canals. A simple, elegant title and scale appear in the upper left quadrant.

The map was engraved by Young and Delleker for the 1827 edition of Anthony Finley's New General Atlas. The map appears on the market from time to time, but is neglected in institutional collections. Although catalogued in OCLC, the separate map is not indicated in any location; OCLC lists only nine institutions with the whole New General Atlas.