1878 Migeon Map of Holland and Belgium 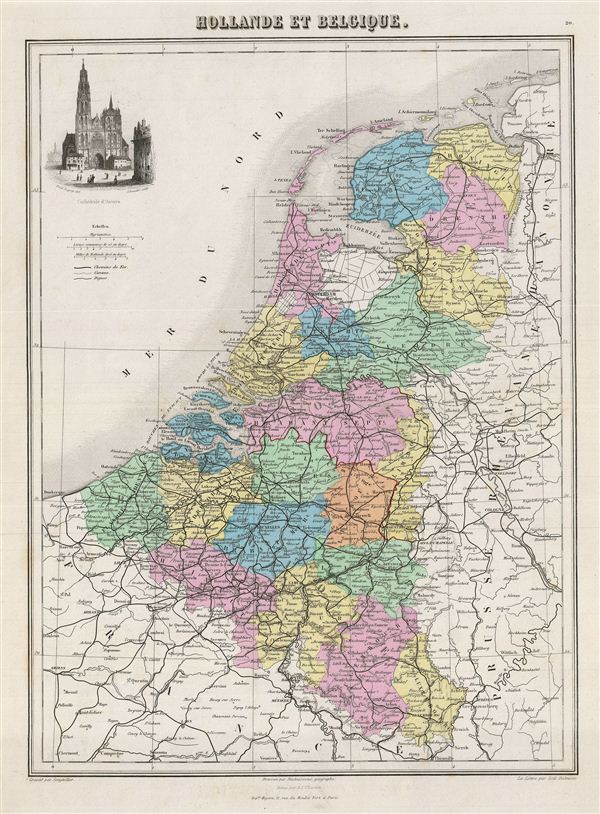 1878 Migeon Map of Holland and Belgium

This is a fine example of J. Migeon's 1878 map of Holland (The Netherlands) and Belgium. The map covers the United Kingdom of Netherlands including Holland and Belgium from the North Sea to the Duchy of Luxembourg. The upper left quadrant of the map includes a beautiful decorative illustration of Antwerp Cathedral. In 1830, the Belgian Revolution led to the secession of Belgium from the United Kingdom of Netherlands and the creation of the independent Kingdom of Belgium. Though Belgium had successfully made itself independent, the Netherlands refused to recognize the new country until the 1839 Treaty of London. Migeon identifies various rivers, islands, mountain passes and other topographical features. Migeon's Geographie Universelle, published in Paris, is one of the last great decorative atlases of the 19th century. It contains many stylistic elements of early 19th century cartography such as full hand coloring, numerous decorative vignettes, and high quality paper. This map was issued as plate no. 20 in Migeon's Geographie Universelle.