1860 Dufour Map of The Netherlands (Holland), Belgium and Luxembourg 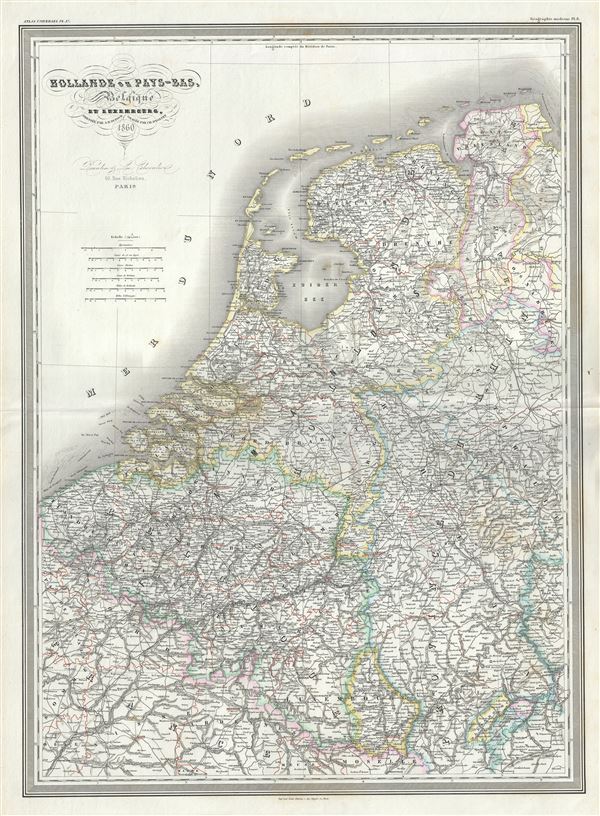 1860 Dufour Map of The Netherlands (Holland), Belgium and Luxembourg

This is a beautiful 1860 elephant folio map of Holland (The Netherlands), Belgium and Luxembourg by A. H. Dufour. It covers from Friesland to Luxembourg including parts of Germany and France. Throughout, the map identifies various cities, towns, rivers and assortment of additional topographical details.