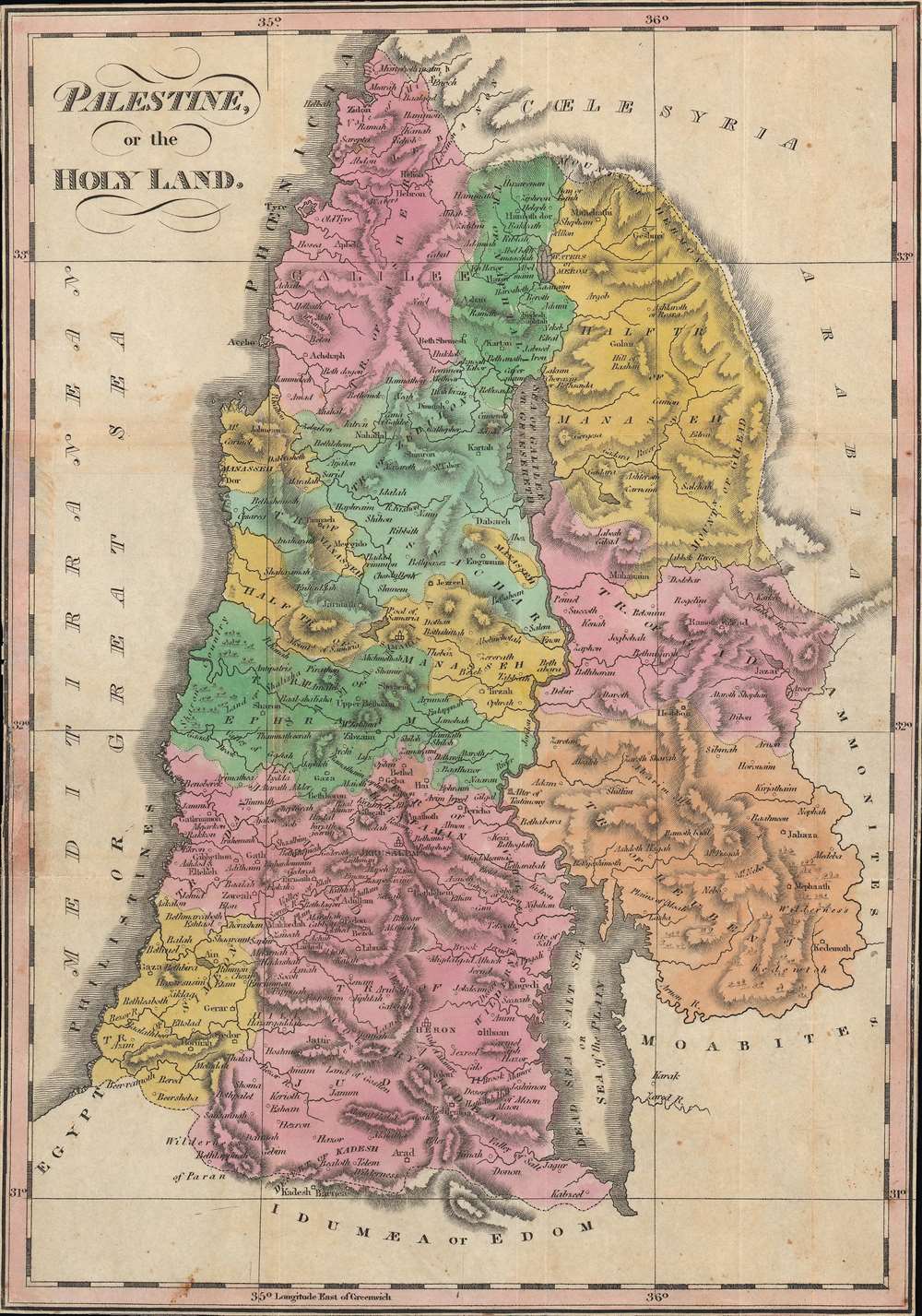 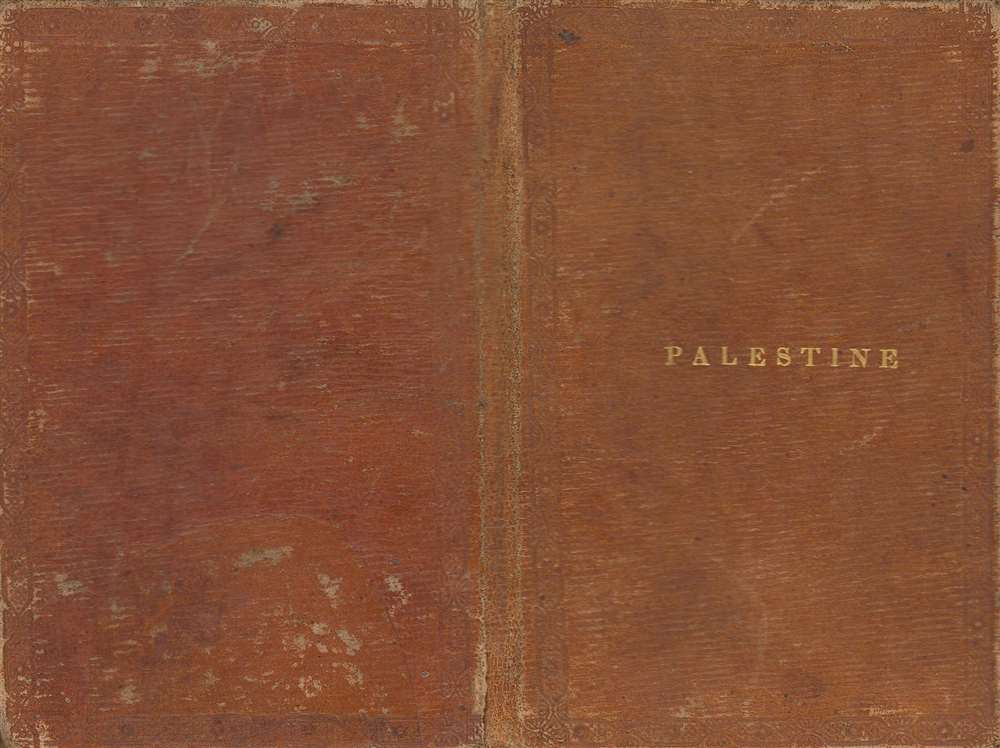 This is a vibrant c. 1834 map of the Holy Land or Palestine by Thomas Smiley. It illustrates the location of the Twelve Tribes of Ancient Israel, as discussed in the Bible, in particular the Book of Joshua. In an unusual mover, coverage extends to incorporate parts of modern-day Jordan and Syria.

This beautifully engraved and hand-colored map depicts the location of the Twelve Tribes of Israel on lands delegated to them by Joshua, the leader of the Israelites following Moses, who led them to conquer Canaan. It was published in the latter part of the Second Great Awakening, a religious revival movement in the United States in the decades after independence from the British. Though there was variation by denomination, an important element of the revival was a renewed focus on Biblical centrality. One manifestation of this renewed focus was intense, scholarly study of the Bible, including the mastery of ancient languages and other methodologies of exegesis. This map and Smiley's other work on Biblical geography therefore fit well within a wider cultural and religious context.

This map was originally made for Thomas T. Smiley's Scripture geography or, A companion to the Bible: being a geographical and historical account of the places mentioned in the Holy Scriptures…, first published 1824. However, this is a separate issue, published independently of the book, and most closely resembles the map used in the 1834 edition of Scripture geography, published by Thomas K. Greenbank in Philadelphia. The map only appears in two listings in the OCLC, though these may refer to the map as it appeared in the book. In any event, it is only known to be held by Brigham Young University and the National Library of Israel and has no known history on the market.

Thomas T. Smiley (1813 – 1892) was a Philadelphia-based cartographer, geographer, and Biblical scholar who published several atlases and geography books meant for schoolchildren and a popular audience. He also wrote books on oratory, arithmetic, pharmacopoeia, and a geography of places mentioned in the Bible. Learn More...

Good. Areas of foxing towards the margins.