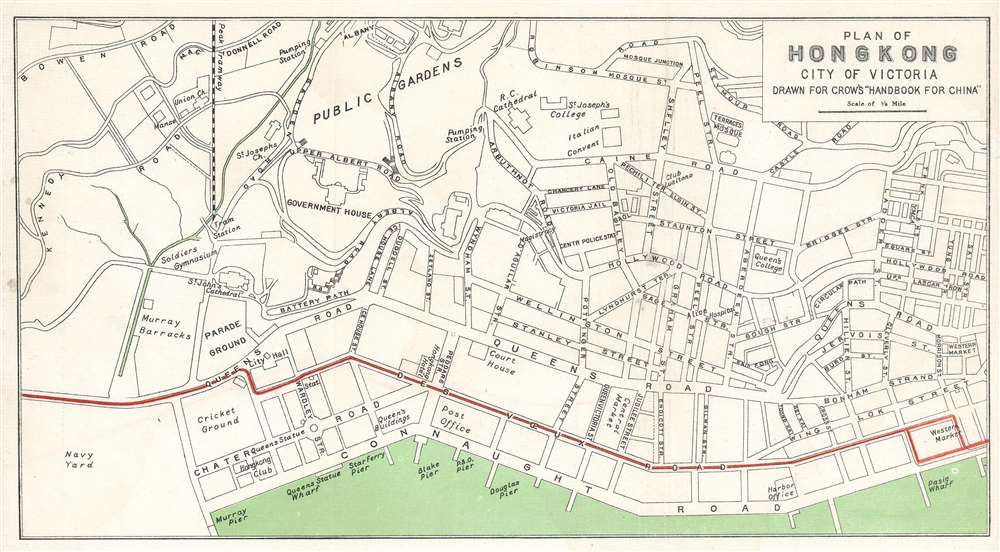 This is a 1921 Carl Crow city map or plan of Victoria, Hong Kong. The map depicts Victoria from Kennedy Road, Bowen Road, and the Navy Yard to Hollywood Road and the Western Market and from the public gardens and Robinson Road to Connaught Road and the port. All the streets are labeled, as well as several cathedrals, churches, and colleges. The government house is labeled in big block lettering. The Peak Tramway, which scales Victoria Peak, is depicted on the left side of the map, along with the tram station. Victoria was the de facto capital of Hong Kong during the British colonial period. Per Crow, 'outside of official documents, one rarely hears the name Victoria, the city being commonly given the name of the island,' Hong Kong.

This map was published by Carl Crow in his Handbook for China in 1921. One example is cataloged in OCLC, and it is part of the institutional collection at Utrecht University.