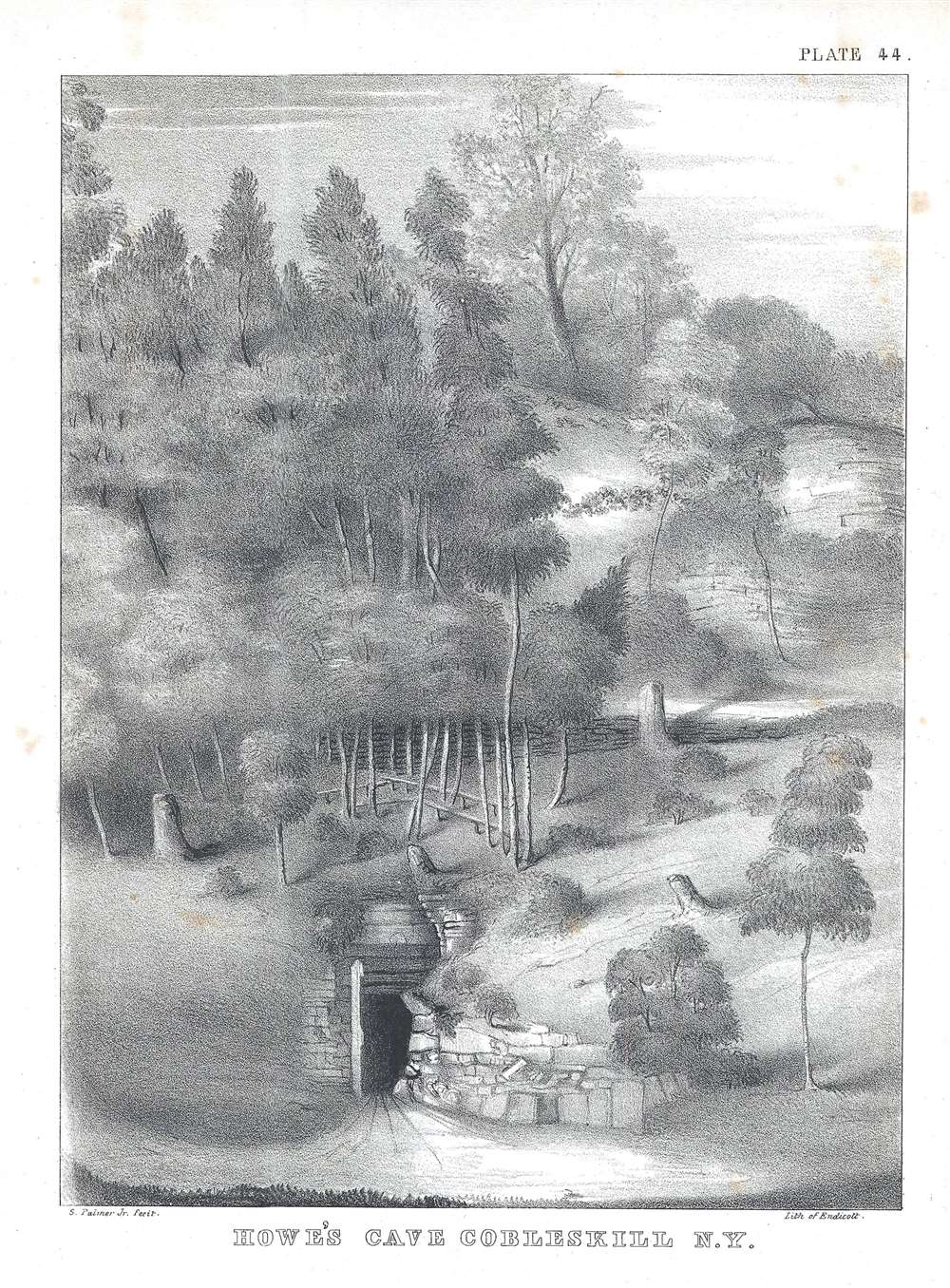 This is an 1842 William Mather lithograph plate from his Geology of New York, Part I depicting a view of the entrance to Howe's Cave in Cobleskill, New York. A beautiful black and white lithograph, the entrance to the cave is situated in the foreground, with what appears to be stones and beams marking the way in. Trees cover the hillside, creating the image of a wild, untamed wilderness. Today, Howe's Cave is known by another name: Howe Caverns and is located in the town of Howes Cave in Schoharie County. Howe Caverns is the second most visited natural attraction in New York State, following Niagara Falls.

This view was engraved by S. Palmer Jr., lithographed by the Endicott Company, and published in William Mather's Geology of New York, Part I in 1842.

Very good. Even overall toning. Light foxing. Blank on verso.
Looking for a high-resolution scan of this?