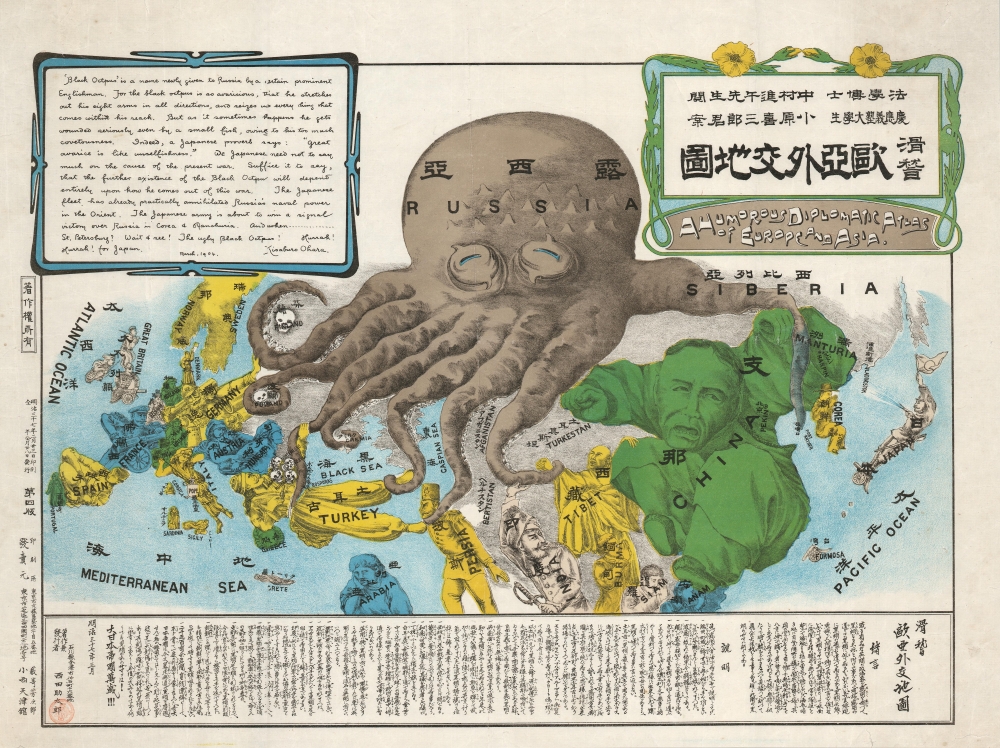 This map was drawn by Kisaburō Ohara while a student at Keiō Gijuku University. It was published by Shingo Nakamura and engraved by the Tokyo printer Yabuki Yoshijiro. The map is rare by any standard with only two institutional collection examples identified by the OCLC. Although there has been no known study of the various editions of this map, at least 5 are known, this being the 4th. Cartographically all states are identical.