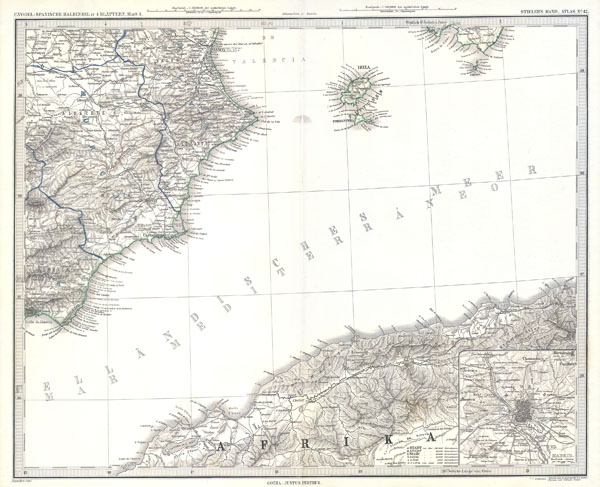 This fascinating hand colored map depicts the coasts of Spain, Morocco and Algeria, and parts of the Balearic Islands. Prominently depicts the popular resort Island of Ibiza. All text is in German. Issued in the 1870 edition of Stieler's Hand Atlas.