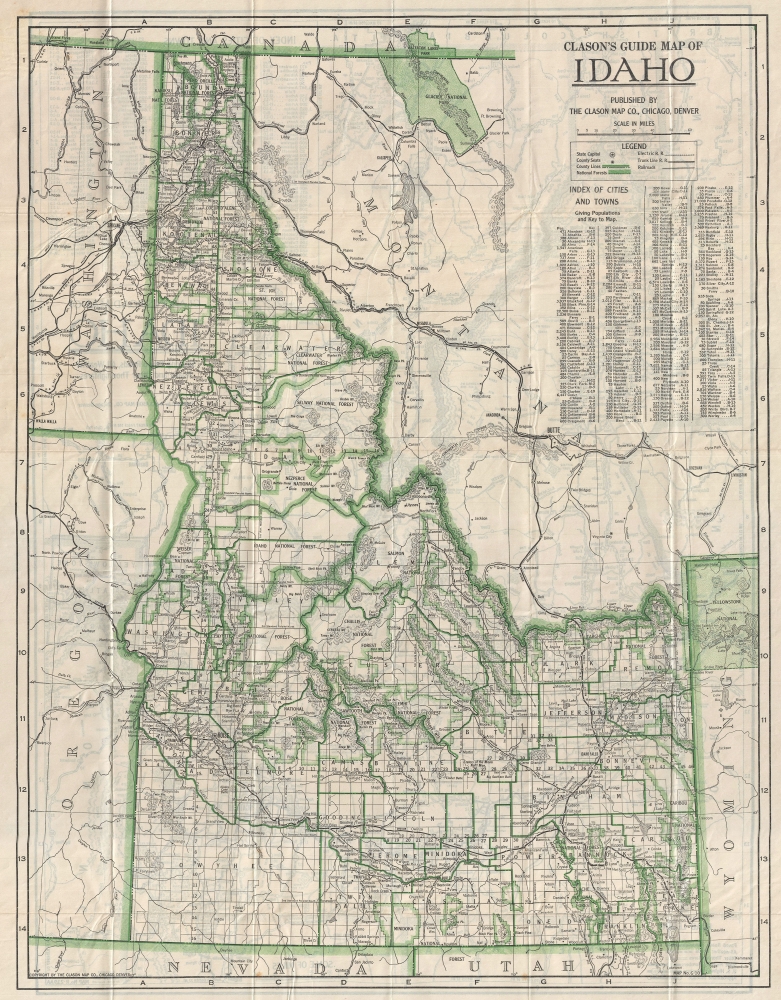 This is an attractive example of G. S. Clason's c. 1920 Guide Map of Idaho. Issued to accompany Clason's Idaho Green Guide, this folding map covers the entire state of Idaho. An index on the upper right quadrant of the map lists cities and towns with populations and key to the map. A legend shows the state capital (Boise), county lines, county seats, railroads, rail trunk lines, electric rail road lines and national forests. The boundary lines between Idaho and the neighboring states of Washington, Oregon, Nevada, Utah and Wyoming are marked along with the boundary line between Idaho and Canada. Yellowstone National Park in Wyoming is identified. The verso features Clason's road map of Idaho, showing paved roads, all weather roads and other thoroughfares, includes an index of cities, towns, and population statistics. The Green Guides were published by the Clason Map Company between 1906 and 1931. This guide map of Idaho was created by George Clason and published by the Clason Map Co., Chicago, III., Denver, Colorado for issue with Clason's Idaho Green Guide.

Very good. Original fold lines visible. Minor verso repair to some original folds. Clason's road map of Idaho on priinted on verso.
Looking for a high-resolution scan of this?