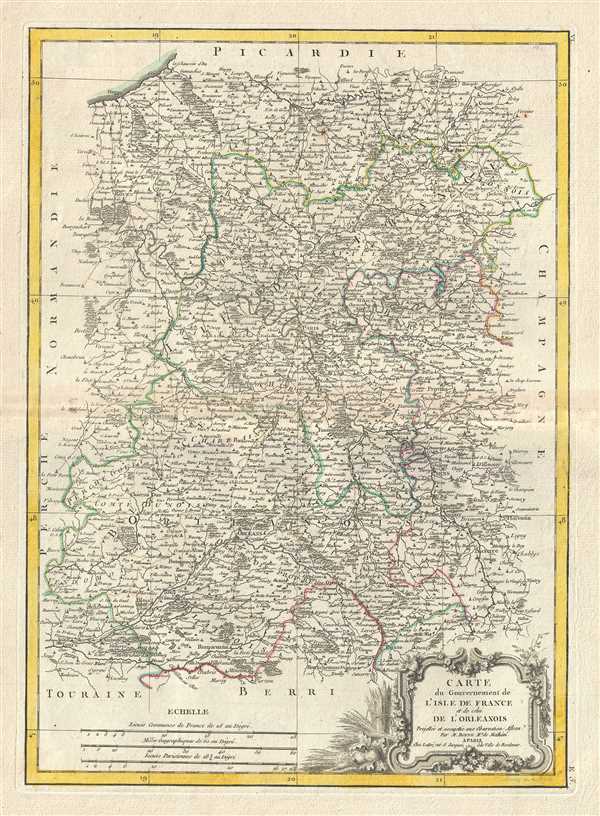 Bonne's beautiful depiction of the region of Isle de France and Orleans.
$200.00

A lovely example of Rigobert Bonne's c. 1778 decorative map of the French regions of Isle de France and Orleans. Covers the region in full from Picardie to Berriand from Normandy to Champagne. This region, centered around Paris, is France's most populous province.

Surrounding the city of Orleans, Loiret is considered the heart of France and is a registered Unesco World Heritage Site. This area of France is also part of the Loire Valley wine region, and is especially known for its production of Pinot Noirs and Gris Meuniers in the Orleans area.

A large decorative title cartouche appears in the lower right quadrant. Drawn by R. Bonne for issue as plate no. E 5 in Jean Lattre's Atlas Moderne.