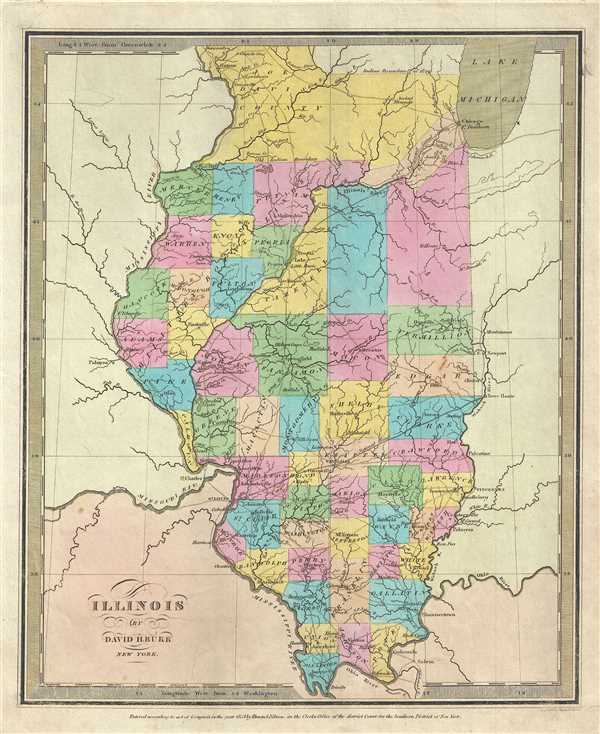 This is a good example of David H. Burr’s 1834 first edition map of Illinois. Offers color-coding at a county level and notes rivers, towns, cities, roads and renders elevation by hachure. Burr’s map of Illinois is particularly interesting and important due to its portrayal of the rapidly changing American Indian situation in the northern part of the state. Within a few short years of this map's construction, most of these tribes were forcibly removed to the Indian Territory or Oklahoma.