1872 Beers Map of Cook, Du Page, Kane, Kendall and Will Counties of Illinois 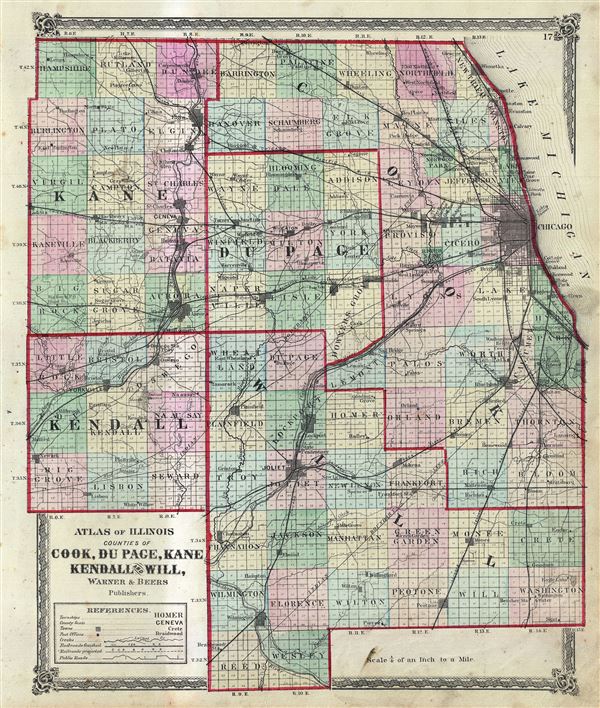 1872 Beers Map of Cook, Du Page, Kane, Kendall and Will Counties of Illinois

Warner and Beers, Atlas of Whiteside Co. and the State of Illinois, Chicago, 1872.