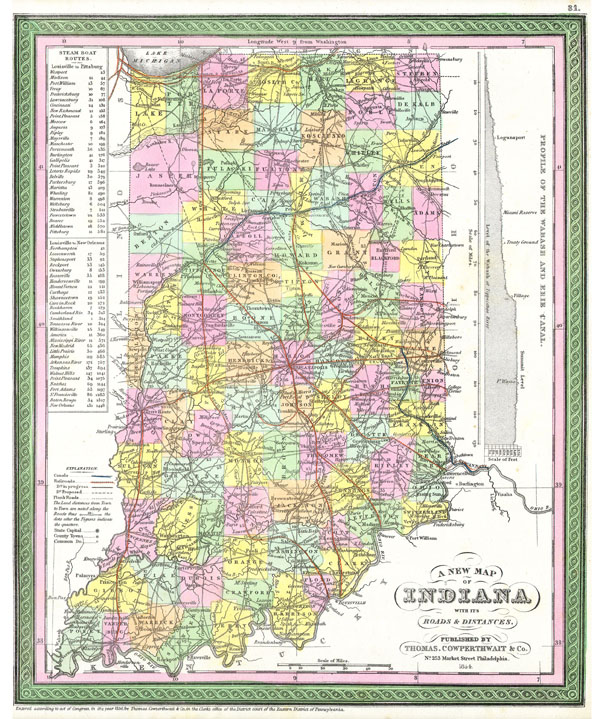 This hand colored map is a copper plate engraving, dating to 1850 by the legendary American Mapmaker S.A. Mitchell, the elder. It represents Indiana. Contains notes on steamboat stops and routes between Pittsburg and Louisville, and between Louisville and New Orleans. Upper portion of the map is dedicated to a profile of the Erie Canal and the Wabash. Dated and copyrighted 1850. This historically important map is extremely rare as it existed only in the 1850 edition of the Mitchell's Universal Atlas.