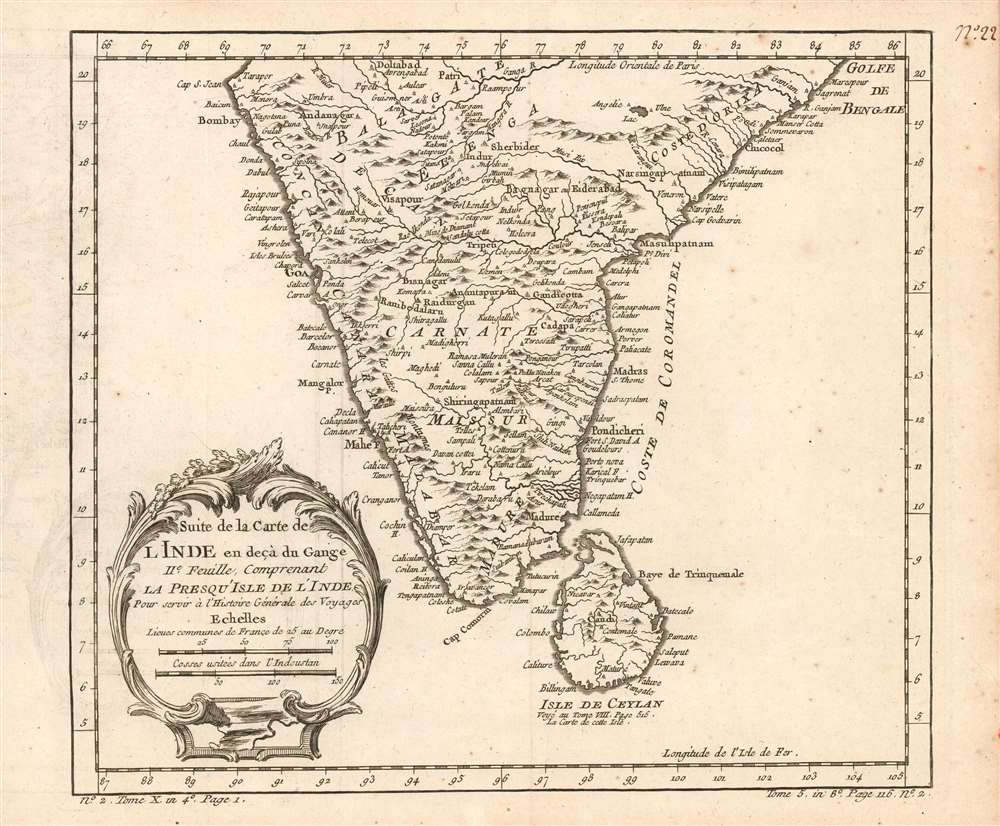 This is a 1780 Bellin map of India and Sri Lanka. Unlike many of Bellin's smaller works, this is strictly a map, as opposed to a nautical chart: the focus of the map is on the interior, particularly between areas of French influence on the Coromandel Coast such as Pondicheri, and the old Mogul Empire to the northwest.

The map shows the fortress city of Golkonda, which was renowned as the world's largest diamond-cutting and diamond-trading center. Although Golconda was not in reality close to diamond mines, it was a key location on a major trade route with actual mines located to the south and east, along the Krishna River. (One such Mine de Diamant is labeled on the map. Until the discovery of diamonds in Brazil, India was the source for most diamonds. These became known as Golconda Diamonds, and in Europe, the word 'Golconda' became a byword for great wealth. Such was the reputation of Indian diamonds that the Portuguese would ship Brazilian diamonds to Goa, in order to export them to Europe as genuine 'Golconda' diamonds.

This map appears on the market from time to time. Although OCLC only lists copies of the separate map at Princeton, the Universitatsbibliothek LMU Munchen, Bayerische Staatsbibliothek, and the University of Minnesota. Prévost's Histoire and Harpe's abridged version of it are well represented in institutional collections.