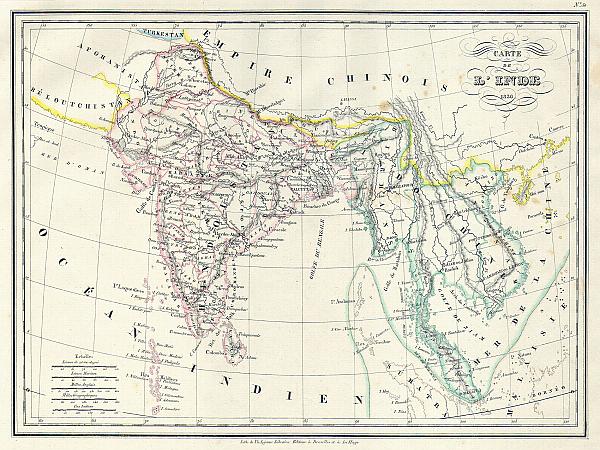 This is a beautiful 1837 copperplate lithograph map of India and Southeast Asia by French cartographer Malte-Brun. Includes the modern day nations of India, Bangladesh, Burma (Myanmar), Thailand, Cambodia, Vietnam, Malaysia, and Singapore. Also shows the 19th century kingdoms of Tonquin and Cochin in modern day Vietnam. Straits of Singapore or Sincapour noted. All text is in French.

Original hand color. Wide margins. Nothing on verso. Fine condition.
Looking for a high-resolution scan of this?