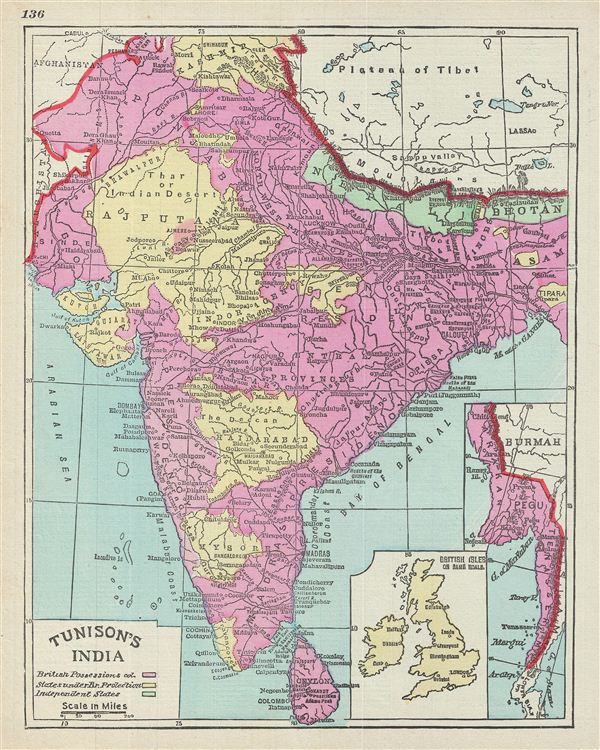 This is a beautiful example of the 1887 Tunison map of India. It covers the entire subcontinent from Kashmir south to Ceylon (Sri Lanka) and from Sindh east to Assam. An inset in the lower right quadrant details parts of modern day Burma. Another inset near the bottom margin features the British Isles on the same scale. The map is color coded according to British Possessions, states under British protection and independent states. The map depicts most of what is today modern India and what was, when this map was made, British India. In 1857, following the Sepoy Revolt, the east India Company was dissolved and governance of India was administered directly by the British Crown. The British Raj ruled India until its independence in 1947. Various towns, cities, rivers, roads and various other topographical details are noted. Published as plate no. 136 in Tunison's Peerless Universal Atlas.