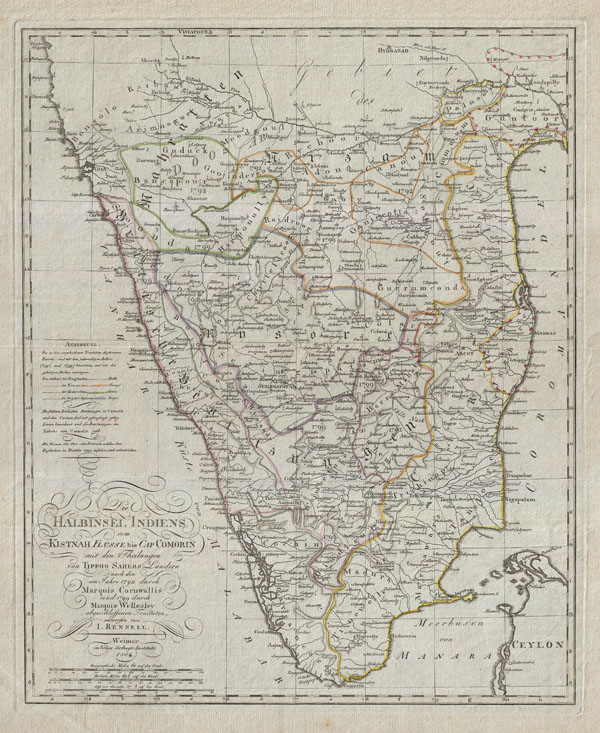 An extremely obscure German edition of Rennell's important late 18th century mapping of India. Covers the subcontinent roughly from Hyderabad and Goa south to Comorin and Ceylon (Sri Lanka). Shows the region divided into various princely states noting important forts, rivers, cities, towns, and roadways. This map is very scarce. We have been able to find no sales history on this item in the last 30 years, nor is known to be it available in any major collection.

Very good condition. Original centerfold. Blank on verso. Wide margins all around.
Looking for a high-resolution scan of this?