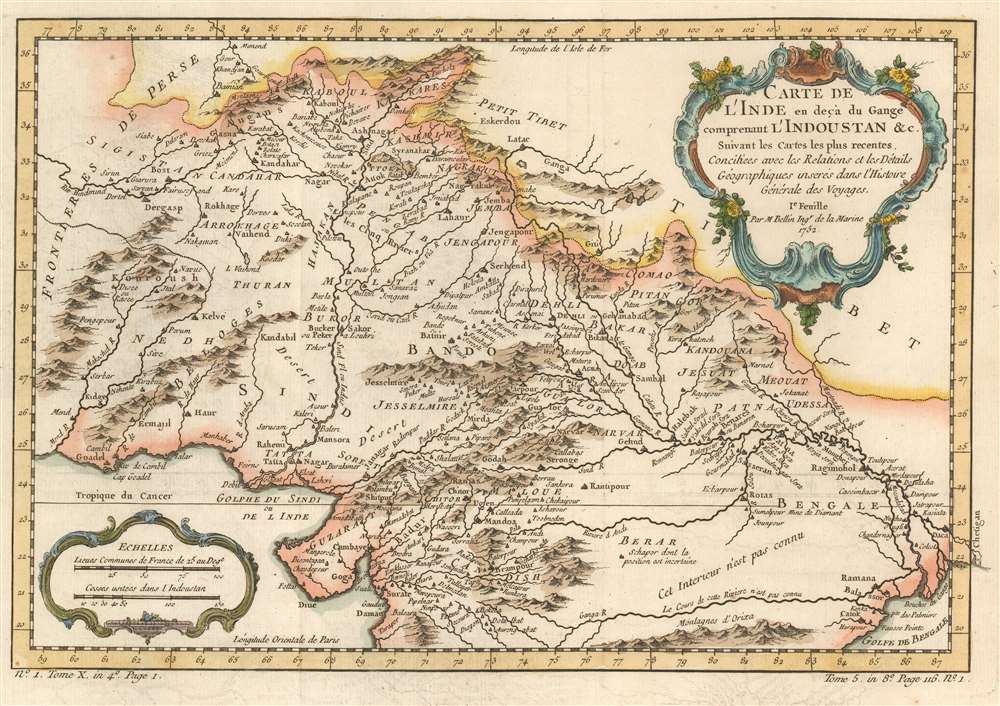 This is a 1780 Jacques-Nicolas Bellin map of northern India, Afghanistan, and Pakistan. Depicting the region from the Persian frontier to the mouth of the Ganges River, myriad cities, towns, and villages appear on this gorgeously detailed piece, with Kabul, Kandahar, Lahore, and Delhi among them. The area's extensive river system is detailed, and both the Indus and Ganges rivers are labeled. Kashmir, the territory continually in dispute between Pakistan and India today, is also marked.

Originally created for of Abbé Prévost's Histoire Générale des Voyages by Jacques-Nicolas Bellin, this map was published by Jean François de La Harpe's in his Abrégé de l'Histoire Générale des Voyages in 1780. Four examples of the 1780 edition of this map are cataloged in OCLC. They are part of the institutional collections at the University of Minnesota Minneapolis, the Universiteitsbibliotheek Leiden in the Netherlands, Universitätsbibliothek München in Munich, and Bayerische Staatsbibliothek, also in Munich. The works by Prévost and de la Harpe are well represented institutionally.