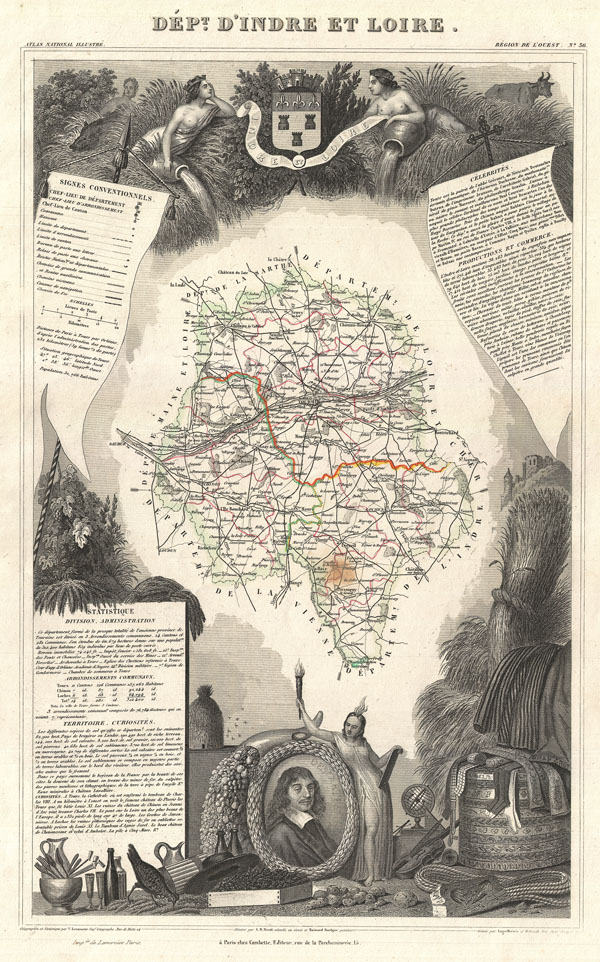 This is a fascinating 1852 map of the French department of Indre Et Loire. France. This area is known for its production of Chenin blanc, a white wine grape with a high acidity, and wide variety of goat cheeses. The whole is surrounded by elaborate decorative engravings designed to illustrate both the natural beauty and trade richness of the land. There is a short textual history of the regions depicted on both the left and right sides of the map. Published by V. Levasseur in the 1852 edition of his Atlas National de la France Illustree.