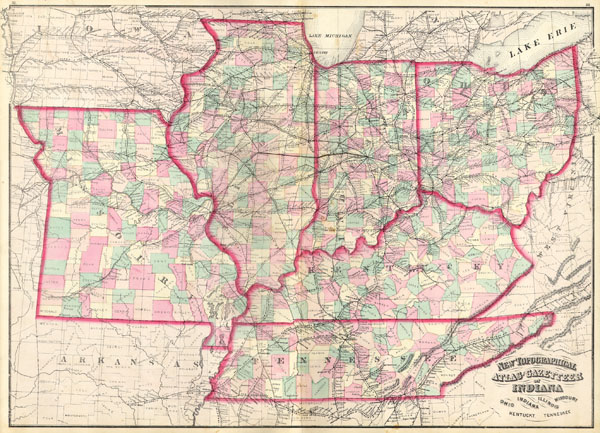 This is an 1874 Asher & Adams hand colored map of the Midwest and Central states of Ohio, Indiana, Illinois, Missouri, Kentucky and Tennessee.