1865 Johnson Map of Iowa and Nebraska 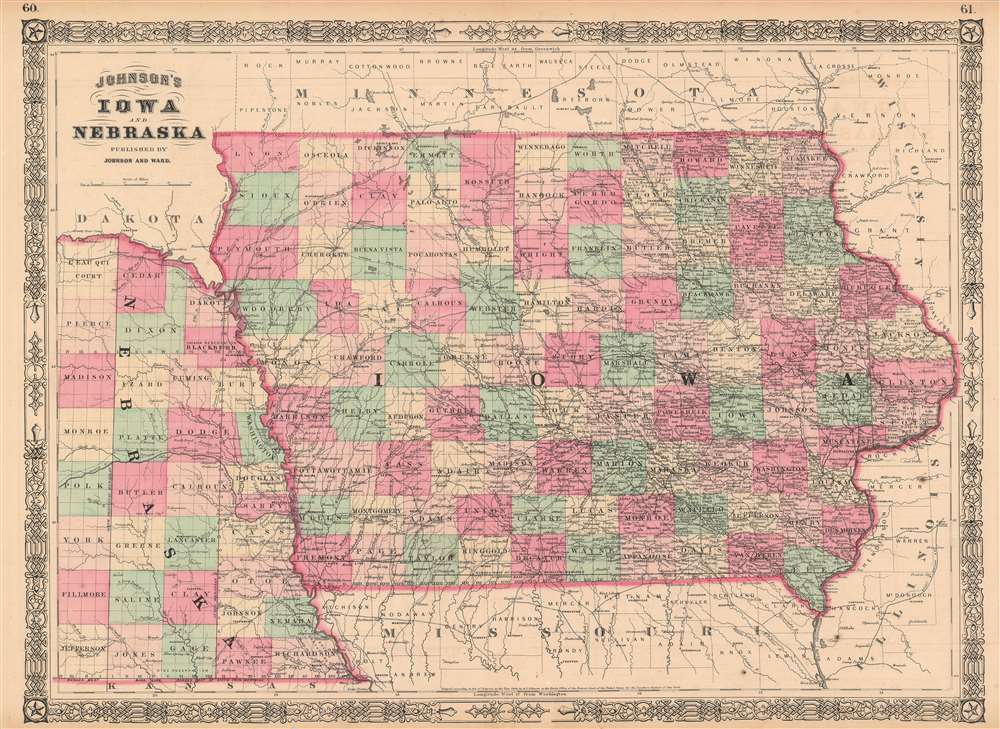 1865 Johnson Map of Iowa and Nebraska

Civil War-Era Map of Iowa as the Railroads Stab Westwards
$100.00

This is Johnson and Ward's 1865 map of Iowa and Nebraska. The map covers the entire state of Iowa as well as the eastern portions of Nebraska. Offers color coding according to county and notations for railways, roadways, cities, towns, and river systems. The proposed routes of several railroads are noted, including that of the Dubuque and Sioux City Rail Road, and the Mississippi and Missouri Rail Road. Features the fretwork border common to Johnson’s atlas work from 1864 to 1869. Published by A. J. Johnson and Ward as plate numbers 60-61 in the 1865 edition of Johnson's New Illustrated Family Atlas. Dated and copyrighted, 'entered according to Act of Congress in the Year 1864 by A. J. Johnson in the Clerk’s Office of the District Court of the United Sates for the Southern District of New York.'