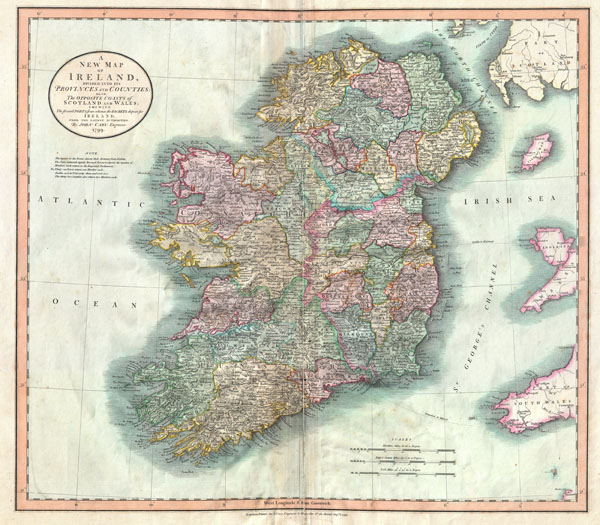 John Cary's wonderful 1799 Map of the Ireland. Depicts the Emerald Isle in considerable detail with color coding at the county and province level. Also includes parts of nearby Scotland and Wales. Figures above many of the town names denote distance along the roads from Dublin. Prepared in 1799 by John Cary for issue in his magnificent 1808 New Universal Atlas.

Very good condition. Minor verso repair and reinforcement along original centerfold. Minor buckling to either side of centerfold - especially at bottom of map, see image.