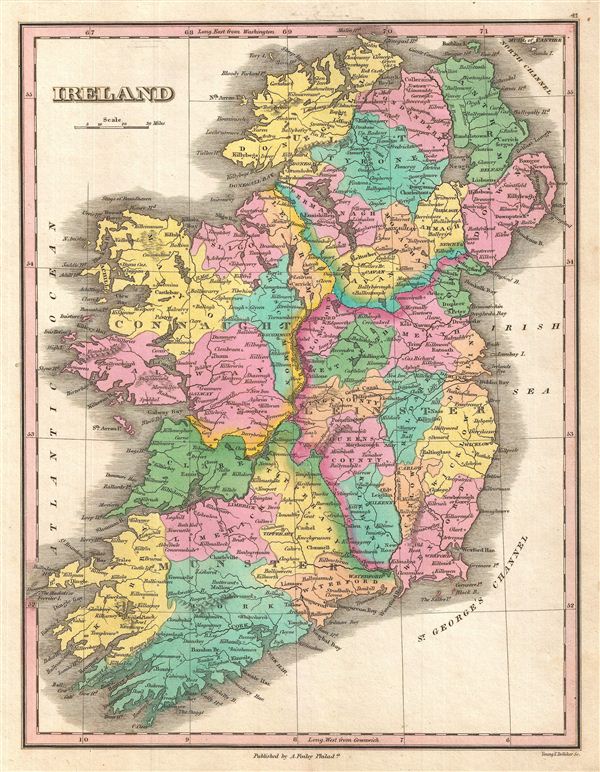 This is Finley's desirable 1827 map of Ireland. Shows river ways, roads, canals, and some topographical features. Color coding defines all four provinces as well as the numerous traditional county divisions. Mile scales and title in upper left quadrant. Engraved by Young and Delleker for the 1827 edition of Anthony Finley's General Atlas.