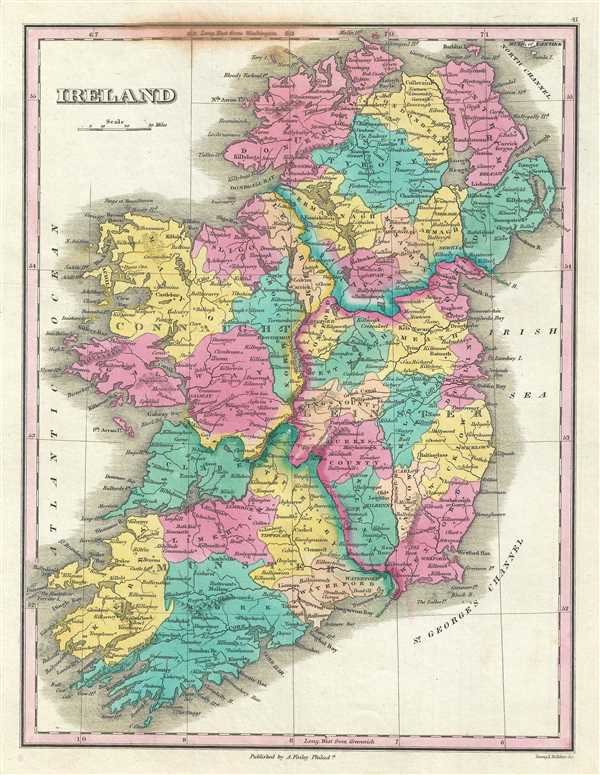 This is an 1828 Anthony Finley map of Ireland. The map depicts Ireland from the Atlantic Ocean to the Irish Sea and from the North Channel to St. George's Channel. Rivers, roads, canals, and some topographical features are illustrated. Numerous cities, towns, and villages are labeled, including Cork, Galway, Belfast, and Dublin. Color coding defines all four provinces as well as the numerous traditional county divisions.